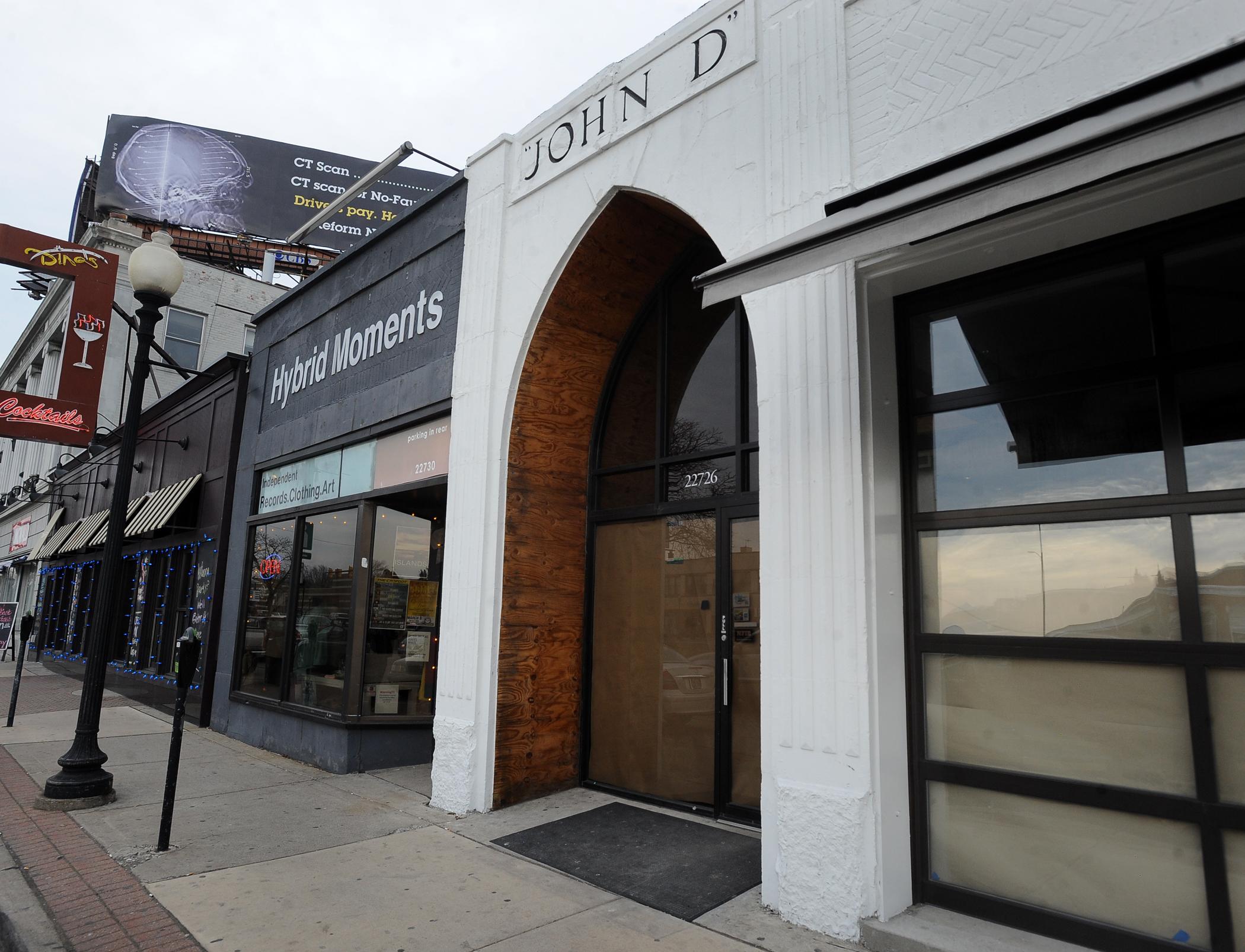 It was a sad day for many Ferndale residents and eatery buffs alike when Bart and Todd Sparks, owners of Club Bart, announced they were closing their doors last Summer. The eclectic little establishment right next door to Dino’s was known for their good food, tasty drinks, friendly staff – and that funky stage that was uniquely positioned behind and above the bar, where musical and comedic acts would strut their stuff most nights of the week.

But this isn’t an obituary. It’s a birth announcement!

For some time now, people driving or walking by Ferndale’s main intersection may have been wondering just what mysterious plans were being cooked up behind the closed doors of 22726 Woodward Ave.
The answer? The John D Bistro, which could be open as early as mid-February if all goes well.

At the moment, the interior of the building is being renovated, but the handsome exterior arch of the front door sporting the name “John D” seems to be a sign of good things to come.

Another sign? The restaurant industry is apparently firmly stamped into owner Eddie Farah’s DNA. His father is the owner of one of the many Leo’s Coney Island eateries, and his cousins and uncles own restaurants, too (including Ferndale’s very own Anita’s Kitchen as well as Le George
in Northville and Ike’s Family Dining in Sterling Heights). “That’s all we do,” Farah says of his family. “We do restaurants.”

Farah, a Royal Oak resident, says taking ownership of the property at 22726 was a logical step to take. He says he’s been hanging out in Ferndale for quite some time — he’s a big fan of Magic Bag and Woodward Avenue Brewers, in particular — and he happened to share a mutual acquaintance with Bart Starks, the former owner of Club Bart. Farah says he found out from this acquaintance that Starks was getting ready to retire Club Bart. “So I took a look at it, and we made a deal,” he says. “You can’t beat the location. You’re in a great city; you’re in Ferndale. You’re on Woodward in Ferndale, so you can’t beat that. Ferndale is up-and-coming. It’s hip. And people know their food.”

Farah is less than eager — “as of right now” — to discuss what the John D Bistro will offer on its menu. “It’s modern American,” he says. “I’m
just going to leave it at that. Right now, I really don’t want to leak my menu.”
Then, this tantalizing clue: “The food is going to look delicious, and it’s going to taste delicious,” he says. He adds that he’s got the beer covered, too. “I’m planning on doing Michigan craft beers on my tap,” he says, making specific mention of Bell’s and Founders.

For the folks who loved the aforementioned stage that stood behind the bar at Club Bart, fear not. You’ll see it again. “I kept the stage,” Farah says with a laugh. “I actually made the stage a little bit bigger. The stage is going to have a dual purpose: I built it out so it’s also a lounge up there. So when I don’t have live entertainment, people can sit up there and drink and eat there. We’ll have cool lighting, and it’s going to be a cool place just to hang out. And then when I have live entertainment we take the tables down, we take the railing off, and then we can have good bands playing up there.”

Naturally, since it hasn’t opened yet, the John D Bistro is looking for some employees. Anyone interested in working there is encouraged to send
their resume to resume@johndbistro.com. So how long do we have to wait before the John D Bistro opens its doors to offer eager customers a taste? Not long, Farah says. “We’re getting close to finishing construction,” he says. “We’re just waiting on that, and a liquor
license. It should be pretty soon.”

As soon as a little more of the winter is behind us, go strolling up to 22726 Woodward Ave. (look for the arch!), and bring your appetite.
It sounds like Ferndale has another great restaurant coming!

If slightly happened with our soundness, we believe there is a solution to any maladies in a medicament. What medicines do patients purchase online? Viagra which is used to treat impotence and other states connected to erectile dysfunction. Learn more about “sildenafil“. What humanity talk about “viagra stories“? The most essential aspect you must look for is “sildenafil citrate“. Such problems commonly signal other problems: low libido or erectile malfunction can be the symptom a strong health problem such as heart trouble. Causes of sexual malfunction include injury to the penis. Chronic disease, several medicaments, and a condition called Peyronie’s disease can also cause sexual disfunction. Even though this medicine is not for use in women, it is not known whether this medication passes into breast milk. 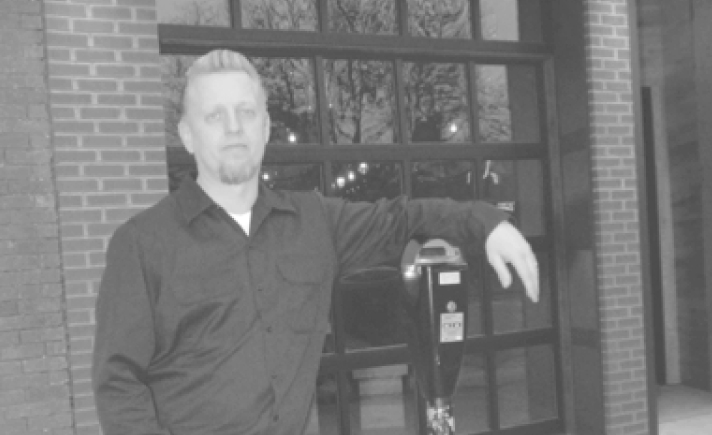 If you’re looking for the hardshell- ground-beef-shreddedcheddar- lettuce-with-sour-cream taco at The Woodward Imperial when it opens this Spring, forget it! This ain’t your father’s taco joint.

Nor will it have an atmosphere like any snotty places further north on Woodward. Instead, The Woodward Imperial will be a fun, family- and community-friendly eatery and bar with a new twist on tacos, said Jeff King, one of the owners with Perry and Sharon Lavoisne and Amir Daiza.

Rather than the fare that one would get at the national taco chain, The Woodward Imperial will serve “authentic, California- style, open-face street tacos,” said King. There will be seven varieties, including beef, chicken and veggie,” on soft corn tortillas. But no fish tacos. “Those are coastal,” explained King, referring to the country’s two coasts.

With seating for 135, the restaurant is furnished with handmade oak booths, tables, benches and barstools—all made by King. The walls are charcoal and light grey, and King and his partners are in the process of seeking artwork. There won’t be a lot of TVs either. An area in the back of the restaurant will have four for folks who want to watch the “big game” with their meal. Otherwise, the place is set up for socializing.

“TVs detract from social interaction,” said King. “I want a sense of community.” To promote this, the restaurant has two communal tables in the front of the house. “It’s part of the experience of being with people, talking.” King added that at the communal tables, he can accommodate parties of up to 20, unlike other restaurants that may have to push tables together or break parties apart because they can’t seat such a large group.

Located at the site of the former Post Bar, The Woodward Imperial will have the same distressed wood floors, which have been carefully refinished by King. “Everything else is new,” he explained, but “I want people to feel like we’ve been here 75 years. I want (the restaurant) to feel like a place your grandfather took you to.”

The Woodward Imperial will have a full bar and programmed music representing a variety of artists and styles. Garage-style roll-up doors are installed at the front and back of the eatery, which will give diners the option of eating inside or out in nice weather. But even for those who eat inside, they’ll still get the feel of eating outdoors. “I always wanted to do roll-up doors,” King explained.

A native of Fresno, Calif., the now-Berkley resident came to Michigan in 1993. A former bass player in a band, King, the son of a father in the military, said he was raised “all over—Europe, both coasts, Texas, many states.” In terms of education, he took some classes at If you’re looking for the hardshell- ground-beef-shreddedcheddar- lettuce-with-sour-cream taco at The Woodward Imperial when it opens this Spring, forget it! This ain’t your father’s taco joint. Northern Virginia Community College. He’s been married to his wife, Suzanne, for nine years.

In his spare time, the former nightclub and bar owner and head of security at St. Andrews Hall in downtown Detroit enjoys summertime activities, golf and anything automotive.

King and his partners chose Ferndale for The Woodward Imperial because they “like the diversity of Ferndale; it’s an up-and-coming growth city.”

“Ferndale actually was our first choice,” said King, “but it took a year to find the right property. We really like the clientele here, foot traffic and attitude. City officials have been very helpful— providing me with the right information and helping me move my project along,” he explained.

When it opens, The Woodward Imperial will have 18 employees, including a chef rather than a cook. Asked why a chef, King explained, “because of the uniqueness of our dishes.” The key elements that will drive the business are quality, consistency and customer service. “You won’t see employees texting. We’re interested in getting back to what good service should be.”

In choosing the name, the partners “didn’t want anything that screamed Mexican restaurant,” King said. They decided on Imperial because that’s the last beachfront in California before reaching Mexico. However, he was quick to explain that The Woodward Imperial “is not a stereotypical California beach bar.”

King said The Woodward Imperial will be the partners’ flagship, and they plan to open more restaurants. “We’re honing our concept. We will open our next location in 18 months (in Michigan).”

King wants the community to know that The Woodward Imperial is not a corporate operation. “Our employees won’t be wearing uniforms. This is a corner, community establishment.” He explained that he and his partners want to be part of the community, getting involved in festivals, youth activities and maybe even sponsoring a Little League team. “What’s important to us are families.”

He hopes to have some promotions or specials, but they haven’t been determined yet. Reservations won’t be necessary, unless there is a big party, then he requests that diners call ahead.

King strongly emphasizes that everyone will be welcome at The Woodward Imperial. “Our food is extremely affordable, and our prices are consumer-friendly. We are not highfalutin at all!” -Heidi Press is a Detroit-area writer & editor.

If something happened with our health, we believe there is a solution to any maladies in a cure. What medicines do patients purchase online? Viagra which is used to treat emasculation and other states connected to erectile disfunction. Learn more about “sildenafil“. What people talk about “viagra stories“? The most essential aspect you should look for is “sildenafil citrate“. Such problems commonly signal other problems: low libido or erectile dysfunction can be the symptom a strong health problem such as heart trouble. Causes of sexual disfunction include injury to the penis. Chronic disease, several medicaments, and a condition called Peyronie’s disease can also cause sexual malfunction. Even though this medicine is not for use in women, it is not known whether this curing passes into breast milk.