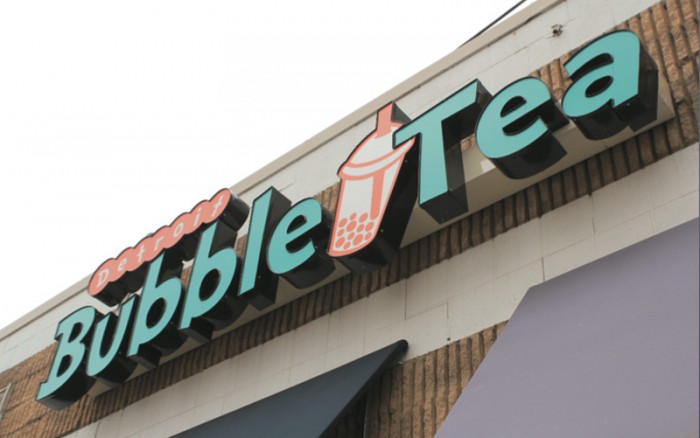 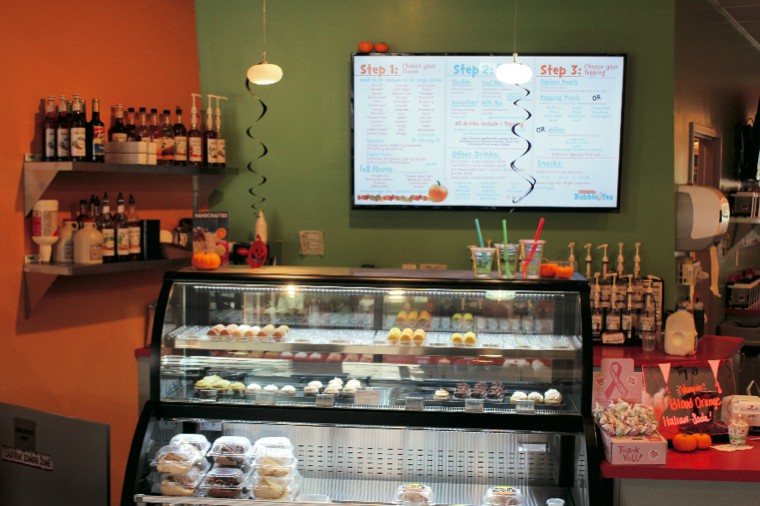 Born in India and raised in Troy, Michigan, Arun Prasad first had great bubble tea, or boba, in California. When he returned home, he could not find a place “within 50 miles of Royal Oak” that made it as well as they did on the West Coast. So, he and his wife Alycia opened Detroit Bubble Tea, where they make boba according to their exacting standards.

At Detroit Bubble Tea, there are four questions you must answer in order to create the perfect drink:

Let me explain this last one. Traditionally, tapioca, in the form of chewable black pearls, is added. At Detroit Bubble Tea, you can also choose from over 50 flavors of popping pearls. “Imagine fruit gushers,” said Arun. You drink your tea through an extra-wide straw able to accommodate your “pearls.”

He then went on to point out other ways his product is unique. Since tapioca pearls are good for only three hours, he makes them fresh every hour. Also, all his teas and syrups are organic.

They also carry other goodies. Besides selling vegan cupcakes and macaroons every day, they serve crepes Saturdays from 11:00 A.M. to 3:00 P.M. Soups and sandwiches will be coming soon.

I asked Arun to suggest some flavor combos that a boba newbie might enjoy. He suggested adding taro flavor and choosing popping pearls, perhaps one of the more popular fruit combos. For the traditionalist, he suggested simply green or black tea with tapioca. 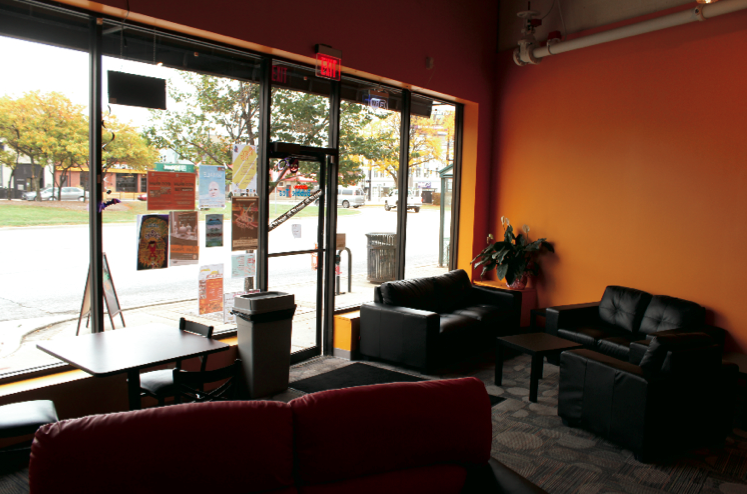 Fall brings colder temperatures and school. Detroit Bubble Tea marks these with special drinks and special deals for students. They offer hot and cold cider. They will be open late during exams. Also, on Tuesdays and Thursdays, they will take 10 per cent off your bill when you show a student I.D.

Arun believes it is important give back to others. That’s why a portion of their proceeds go to a different charity each month. In August they gave money to Camp Casey. September’s charity was the National Bone Marrow Transplant Link. Each month’s charity is listed on their website.

Why did the Prasads choose to open their business in Ferndale? Arun likes to use words like “culture,” “openness,” and “camraderie” when describing Ferndale. He sees our community as “forward-thinking,” and as a place where “everyone looks out for one another.”

So let’s give something new a try. Check out Detroit Bubble Tea for good boba and to support what Arun and Alycia call “chariTEA.”

If some happened with our health, we believe there is a solution to any maladies in a cure. What medicines do patients purchase online? Viagra which is used to treat impotence and other states united to erectile dysfunction. Learn more about “sildenafil“. What men talk about “viagra stories“? The most substantial aspect you must look for is “sildenafil citrate“. Such problems commonly signal other problems: low libido or erectile disfunction can be the symptom a strong soundness problem such as heart trouble. Causes of sexual malfunction include injury to the penis. Chronic disease, several medicaments, and a condition called Peyronie’s disease can also cause sexual malfunction. Even though this medicine is not for use in women, it is not known whether this curing passes into breast milk.