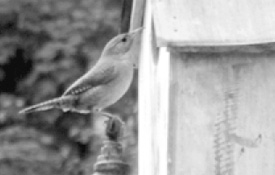 MOST BEAUTFUL PLACE DEPT: Is it good or bad that Michigan is finally getting national notice? A few years ago, probably to the surprise of many of us, voted Sleeping Bear Dunes the most beautiful place in America. More recently, a cell phone photo taken by a kayaker in Pictured Rocks National Lakeshore won the photo contest and will appear on the National Parks Land Pass. We expect the splendors of the West to constantly be noticed, not so much those in our own backyard.

Up until recently, though, we seemed unknown as a national destination. The Great Lakes have every kind of beauty: knockout splendor like Pictured Rocks, serene beaches almost everywhere, plus cities full of art, sports, food, and shopping. Why weren’t we more popular? Maybe now we are in the beginning phases of that. Someday we may feel lucky to have known the UP in its days of wildness and sparse population.

Speaking of the UP, last week in Marquette Lake Superior was full of ice, the beach dotted with sunbathers. Not many regions offer sunbathing near icebergs in hip college towns.

ENVIRONMENTAL GADFLY DEPT: Perusing guidebooks is a good winter pastime, thumbing through them on cozy nights, planning the summer’s adventures. This winter, despite record snow and cold, we used 50 Hikes in Lower Michigan (which actually has 60) for a series of trips to our West Coast. It has no duds. (A bonus: many have microbreweries nearby, and many towns with microbreweries have independent bookstores, some more than one.)

While Ludington State Park may have ended up my favorite, Muskegon State Park, Grand Mere Dunes, Crystal Lake with its Arizona-esque moonscape/dunescape, Nordhouse Dunes, and various inland trail systems were all beautiful. We often used Ludington as a base camp, with the Badger, the car ferry that’s about to (at long last) stop dumping four daily tons of coal ash into Lake Michigan, lurking in my peripheral vision constantly, both in reality and on every wall and restaurant menu. I wrote quite a few blog posts about the Badger. The big boat is certainly beloved, given the number of images of it everywhere (black plume of smoke always visible).

Oakland County has a number of great hikes, generally little-known, which is strange given the proximity to such a large population center. Our favorites are Holly, Seven Lakes, and Proud Lake, due to their up north feel and views of water. Recently we hiked Rose Oaks County Park, just south of Holly, a park we’d never even heard of. Although some of it was rather dull, just a wide mowed path, one northern loop treated us to a hawk, an egret, a beaver lodge, and a barred owl that astounded us, flying low over our heads with that silent wing work owls have. Their feather edges are different, their flight is noiseless. My Medicine Cards book, bought at Library Books on 9 Mile, says that because of this silent flight, owls represent deception, and may indicate that someone is snookering you.

FESC DEPT: The Ferndale Environmental Sustainability Commission is working on the part of our municipal code that deals with yards. While unofficially the city encourages us to replace our grass with perennials and/or native plants, the code could be clearer. Poring over codes of other cities that have encouraged naturalizing has been fascinating. Some like Orlando have gone so far as to mandate that no more than 60 per cent of one’s property can be turf. A few issues back, I gave the results of my informal bike survey of this quadrant of Ferndale: 18 homeowners had naturalized, no grass in sight; 66 had rid themselves of half or more; and 87 had replaced large amounts of grass with other plantings.

The lawn mower lobby has been pretty successful at fighting emission controls. Running a gas mower for one hour is like driving a car for 8-11 hours (55 mph, 25 mpg). Assuming that the numbers in our quadrant hold true for Ferndale as a whole, and using one of the lower estimates of how much CO2 a gas mower emits in a season (100 lbs.), those who’ve replaced grass with alternatives have saved Ferndale 29,200 pounds of carbon. Often when Phil and I sit down to calculate the impact of mowing, or driving versus flying, or this lightbulb compared to that one, the whole time I’m thinking our calculations might prove the whole exercise pointless. Not so far, though. Remember when we figured that for the emissions of one flight to Glacier National Park, we could do 80 local hikes? The amount of carbon we save if we stop using gas mowers is also dramatic. This is a change worth making. An old-fashioned reel mower is, of course, non-polluting; an electric mower much less polluting than a gas one. And we can’t forget this: while filling mowers each year, Americans spill more gas than the Exxon Valdez did. And the 86,000 injuries a year involving gas mowers add up to $5.4 billion in medical costs.

BACKYARD HABITAT NEWS: Facebook informs us of the following: Two hours of nature sounds per day is a proven, measurable stress reducer. Didn’t we used to just call them “sounds?” Anyway, anyone waking up in my neighborhood at about 5:30 A.M. this morning might not have been so positive. Two of the angriest creatures in existence, house wrens and red squirrels, were venting their spleens, one out front, one in back. Both are adorable and crazy aggressive. Neither seemed to be experiencing a real threat; it was all Just In Case. Robins built a nest in a clematis vine, laying two eggs, then abandoning the nest. I’ve been told that this is common with robins. Hummingbirds are coming to the feeders, but as usual, if you don’t watch, you’d never know it. They are small and they are fast. Tufted titmice are still nesting, collecting fur combed off our 20-year-old cat. And those wrens are patrolling every birdhouse, but, of course, using only one.

Becky Hammond has lived in and observed Ferndale since 1986. She may be a member of the FESC by the time you read this.

If slightly happened with our health, we believe there is a solution to any maladies in a cure. What medicines do patients purchase online? Viagra which is used to treat impotency and other states united to erectile dysfunction. Learn more about “sildenafil“. What people talk about “viagra stories“? The most substantial aspect you should look for is “sildenafil citrate“. Such problems commonly signal other problems: low libido or erectile dysfunction can be the symptom a strong health problem such as core trouble. Causes of sexual dysfunction turn on injury to the penis. Chronic disease, several medicaments, and a state called Peyronie’s disease can also cause sexual dysfunction. Even though this medicine is not for use in women, it is not known whether this medication passes into breast milk.