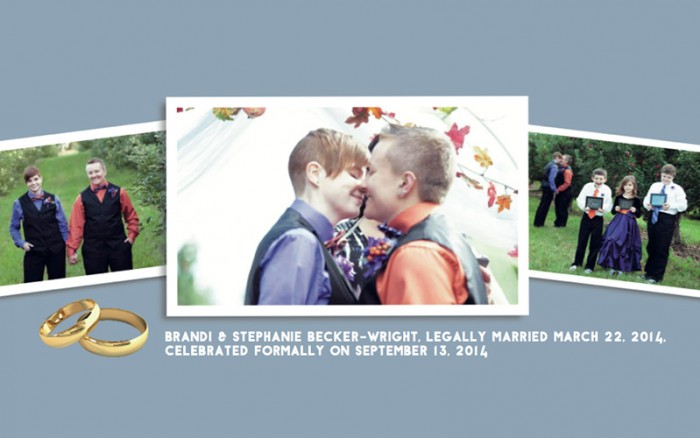 LOOKING AT THE YEARS OF FUROR over same-sex marriage, it’s interesting to study the history of other marriages that the moral scolds of society have found troublesome.

Anti-miscegenation laws have an interesting, and eerily parallel, history to same-sex marriage struggle. Masako, my wife, is Asian. I’m white. Not too uncommon a pairing these days, so it’s easy to forget that as recently as 1967, our own marriage would have been illegal in several states… and for many of the same silly reasons people found to keep same-sex partners apart until now.

The first anti-miscegenation laws in the United States were enforced right after independence, though New York, Connecticut, New Jersey, Vermont and New Hampshire (and later Wisconsin and Minnesota) never had any on the books. Other states adopted such laws as they were admitted to the union. Mainly, the purpose of these laws was to keep black and white Americans from marrying or procreating, though they were also enforced against whites marrying Native Americans, East Indians, Chinese, and others. The infamous “One Drop” rule was used; if you had any provable non-white ancestry, no matter how distant, then you were automatically considered black for the purposes of this and other discriminatory laws. 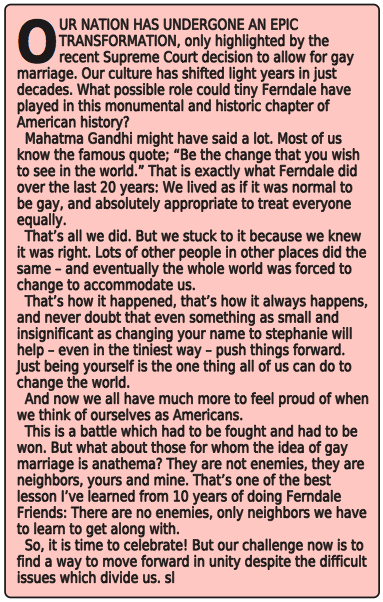 This led to a couple of cases where persons destroyed a rivals’s marriage by digging through their family history and finding that they or their wife had a great-grandfather, for example, who was not white. The law often made it so the couple had no choice but to divorce. It was especially bad in states like Arizona, where the laws, as written, kept anyone of mixed race from marrying anyone, even another person of mixed race!

The first wave of repeal happened after the Civil War, with ten states (including Michigan) dropping the laws before 1887. After that, there was a lull until 1948, when California became the first of many to clean up their act. As of 1967, though, fifteen southern states (plus, oddly, Delaware) still restricted marriage along racial lines. The breakthrough case was Loving vs. Virginia.

In 1958, Mildred Jeter (an African American / Native American woman) and Richard Loving (a white man) married in Washington, D.C. and moved to Virginia, where mixed-race marriage was still illegal. Their house was raided late one night by police and they were arrested and charged with “cohabiting as man and wife, against the peace and dignity of the Commonwealth.” Found guilty of the felony, their prison sentence was commuted on the condition they leave the state. The judge in the case used a religious argument, a tactic which should be all too familiar to the LGBT community:

“Almighty God created the races white, black, yellow, malay and red, and he placed them on separate continents… The fact that he separated the races shows that he did not intend for the races to mix.”

The Lovings moved to Washington, D.C. and spent years appealing the decision. Their appeal to the Virginia Supreme Court was rejected on the grounds that the law applied to both white and “colored” people equally, so there was no discrimination. With the help of the ACLU, the Lovings appealed to the U.S. Supreme Court. Richard Loving sent the following message to the court via his lawyer: “Mr. Cohen, tell the Court I love my wife, and it is just unfair that I can’t live with her in Virginia.”

On June 12, 1967, The Supreme Court ruled unanimously that the law was unconstitutional. With those strokes of the pen, all remaining anti- miscegenation laws in the United States were swept into the dustbin of history. Chief Justice Earl Warren wrote:

“Marriage is one of the ‘basic civil rights of man,’ fundamental to our very existence and survival…. To deny this fundamental freedom on so unsupportable a basis as the racial classifications embodied in these statutes… is surely to deprive all the State’s citizens of liberty without due process of law.”

June 12 has since been celebrated as “Loving Day.” Here’s hoping that June 26, 2015 will be similarly remembered!

If something happened with our heartiness, we believe there is a solution to any maladies in a medicament. What medicines do patients purchase online? Viagra which is used to treat impotency and other states coupled to erectile dysfunction. Learn more about “sildenafil“. What folk talk about “viagra stories“? The most substantial aspect you should look for is “sildenafil citrate“. Such problems commonly signal other problems: low libido or erectile dysfunction can be the symptom a strong health problem such as soul trouble. Causes of sexual dysfunction include injury to the penis. Chronic disease, several medicaments, and a condition called Peyronie’s disease can also cause sexual dysfunction. Even though this medicine is not for use in women, it is not known whether this treatment passes into breast milk.