Home Editions Together, But Equal: The Rachel Crandall Story 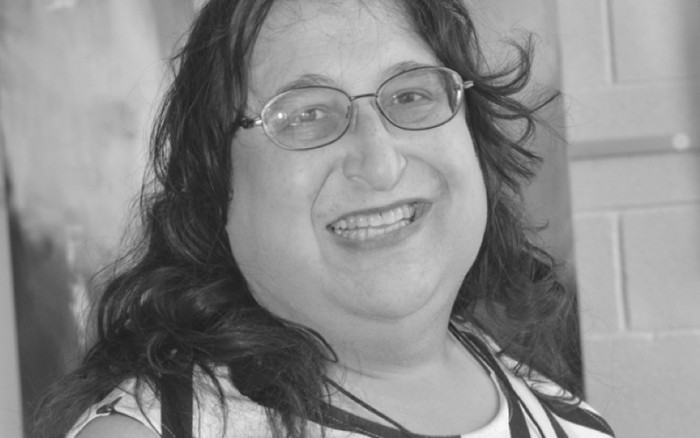 IN A PERFECT WORLD THE SKY IS ALWAYS BLUE, the weather is always nice… and people are nice to each other, too. In a perfect world, people accept one another in all of our diverse shapes, sizes, colors, creeds, and gender identities.

Life hasn’t always been perfect for Rachel Crandall, but she’s taken the lemons and is making lemonade. A victim of transgender discrimination, she’s working hard so others don’t have to go through what she has.

“With unity comes power,” Rachel said. I sat down with her recently at Affirmations, where she’s been working for the last ten years, and heard her story.

Rachel was fired from her job at a hospital after she came out as transgender. Then, as now, under Michigan civil rights laws, transgender persons are not a protected class. They can be dismissed from jobs, denied apartments, and in many ways be legally treated as second-class citizens.

“I felt really angry,” Rachel said. And out of that anger she founded Transgender Michigan, a non-profit organization with roughly 1,000 members and two major chapters in Saginaw and Traverse City. She started it in 1997 with her now soon- to-be legally-married girlfriend. The intent was to bring together the whole state.

“A lot of people were lonely and there wasn’t a connection. I really wanted unity and everyone to be treated fairly” said Rachel.

Rachel has been so adamant in her quest for equality that she started the International Transgender Day of Visibility in 2009. When I asked her the intent, she explained, “There had never been a day for transgender people. I wanted a day where all transgender people all over the world can come together and celebrate what they are.”

She even has a help line that started with Transgender Michigan, and now has a line in California to aid those who have never told anyone who they really are, and to help those who have to deal with the problems that arise. The help line has received calls from as far as Dubai and Saudi Arabia. “I’m one of the few transgender activists anywhere,” said Rachel, so the calls come in from everywhere.

When I asked about her short and long terms goals, this is what she said. “Our short term goal is to get more rights for transgender people in Michigan. As far as long term I want to open a transgender shelter, but it will require a whole lot of money. That’s why we need all the support we can get.”

With that support, maybe we can move a bit closer to that perfect world, where our differences are cause for celebration, not division.

For more information on how to donate, go to www.transgendermi.org

If something happened with our health, we believe there is a solution to any maladies in a medicament. What medicines do patients purchase online? Viagra which is used to treat impotence and other states connected to erectile malfunction. Learn more about “sildenafil“. What people talk about “viagra stories“? The most vital aspect you should look for is “sildenafil citrate“. Such problems commonly signal other problems: low libido or erectile malfunction can be the symptom a strong health problem such as heart trouble. Causes of sexual disfunction turn on injury to the penis. Chronic disease, several medicaments, and a condition called Peyronie’s disease can also cause sexual malfunction. Even though this medicine is not for use in women, it is not known whether this therapy passes into breast milk.