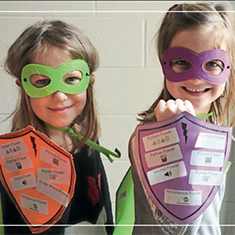 SINCE ITS INCEPTION IN 1840, THE BERKLEY SCHOOL DISTRICT HAS ENJOYED REMARKABLE SUPPORT from the community, including businesses and families outside of the District. “The incredible success Berkley students experience is possible in part because of the overwhelm- ing community support provided at every level to ensure they are provided with a state-of-the-art educational experience,” explains Director of Communications, Jessica Stilger.

IN THE EARLY PART OF THE TWENTIETH CENTURY MANY OF THE DISTRICT’S PRESENT-DAY BUILDINGS began to take shape. In 1921, the School Board constructed Angell Elementary School, and in 1925 Pattengill and Burton elementary schools were added. Six years later, both Burton and Pattengill were temporarily closed for financial reasons, but ended up reopening in 1941 and 1943, respectively.

In 1949, Berkley High School (BHS) opened. Shortly after, in 1951, Tyler (Avery) and Oxford Schools were added, followed by Hamilton (Rogers) in 1952. The addition of junior high schools came in 1956 with Anderson and in 1957 with Norup. Tyndall became the last elementary school to be added in 1965 and was ultimately converted to a community education facility in 1977. 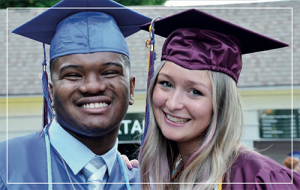 In October 1994, the District was officially named the “Berkley School District,” and in the Fall of 2002 it began its mission titled, “Restructured for Success.” Avery became an early childhood center, serving children from six weeks of age through grade 2, while Norup Middle School was reconfigured to serve students in grades 3-8.

During the 2005-2006 school year, budget concerns led to an initiative titled “Downsizing by Design,” which included the sale of the Oxford property to Eli Construction, LLC for $1,080,000 and moving the central office staff from Oxford to Avery in 2006. The Oxford building was demolished during the Summer of 2007 with new homes built on the site. The plan also called for Norup to be reconfigured yet again. The remaining Avery K-2 graders moved to the Norup International School in the Fall of 2006.

In 2018, both the Tyndall and Avery early childhood centers combined into one. This new center opened in August 2018 and the Tyndall center now houses only administrative
staff. Currently, the Berkley School District includes educational opportunities for students in Berkley, Huntington Woods, and a portion of north Oak Park, and the District consists of eight schools in total:

STILGER IS ALSO THE EXECUTIVE DIRECTOR OF THE BERKLEY EDUCATION FOUNDATION (BEF), which has been funding the #BerkleyDifference since 2000. The BEF’s purpose is to help maintain and enhance educational opportunities and programs for all Berkley Schools students.

“The BEF creates and facilitates fantastic experiences which enrich the lives and worldview for the entire school community,” Stilger said.

The foundation accomplishes these goals by supporting student scholarships for the BHS Maxfield Science Symposium, sending all 8th graders on college tours, funding teacher mini-grants for innovative ideas and experiences and providing an elementary enrichment program.

Some points of BEF pride include: Over the last four years, the Foundation has sent 1,353 students on college tours; during the 2018-19 school year over 600 students were enrolled in the free elementary enrichment program; and the BEF has reached over $100,000 in donations in recent years.

THE BEF RAISES FUNDS IN THE FOLLOWING WAYS:

A STAFF-MATCHING GRANT
An anonymous donor gives the BEF $5,000 if Berkley Schools’ staff can match the $5,000 through donations or payroll deductions.

DOLLARS FOR THE DISTRICT MAILING CAMPAIGN
In November, all Berkley School District residents receive an appeal letter from the BEF outlining goals and accomplishments and asking for donations.

OFF TO THE RACES
Each February, the Saturday before the Superbowl, the BEF hosts its Off To The Races event, which includes simulated horse racing that guests “bet” on to win prizes. A silent auction powered by mobile bidding is available as well as a big 12th race where one lucky winner takes home a vacation package.

KROGER REWARDS
The BEF receives donations throughout the year through this program.

There are several ways one can become a part of the Berkley School District. Residents who live within the District’s boundaries are welcome to register directly with the enrollment
office. If a family is uncertain whether their residence is within the boundaries, there is a map available online or at the enrollment office.

EACH YEAR, THE BOARD OF EDUCATION also has the opportunity to approve School of Choice slots for a limited number of students in grades TK-5, and there are a set number of openings in 9th grade for the Berkley High School (BHS) Scholars program. Although the Board has approved the School of Choice slots the last several years, availability is reassessed on an annual basis and the continuation of this program is not
guaranteed. Additionally, if the number of applications for School of Choice received after the program is approved exceed the number of openings, a lottery is held to place students. If a student’s name is drawn, he or she will be allowed into the District.

According to Stilger, Berkley students “are prepared to be creative, curious, confident, and well-rounded

critical thinkers who are kind and caring and have a global perspective while understanding their communities.” The District has been named one of the state’s recipients of the Best Community for Music Education award eight years in a row. The high school is also currently ranked 62nd in the state with a 97-percent student post-graduation employment rate.

BHS was named a Best High School by the U.S. News & World Report in 2019, among the top 11 percent of high schools in the nation. In 2018, it was one of 175 schools in Michigan to be honored with the GreatSchools.org College Success award, demonstrating the District’s commitment to preparing its students for continued success after graduation. BHS was also named to the Washington Post’s 2017 Most Challenging High Schools list, ranking 21st in Michigan and 1,575 in the nation.

“Berkley School District is known for being dedicated to creating pathways for students to achieve their individual best, whatever that looks like for each student,” says Stilger. And Superintendent Dennis McDavid is leading the charge, ensuring students are supported not only while achieving their educational goals, but also while reaching their career goals after they move forward in their journey.

Berkley’s elementary schools offer opportunities for children to excel at their own level and pace by utilizing the Cultures of Thinking & Reading & Writing Workshop models. This allows administrators to gage each student’s individual needs for furthering their academic growth.

Berkley offers a wealth of opportunities for middle school and high school students to join clubs and sports. Middle school sports include softball, baseball, football, basketball, track and field, cross country, wrestling, swimming, volleyball, golf, tennis, and clubs include yearbook, robotics, and art and drama. BHS offers football, basketball, swimming, soccer, wrestling, and cheerleading, among others, as well as club sports including hockey, figure skating, the dance team, and rugby. At BHS, students can join over 60 clubs, including unique offerings such as the vine-and-cheese club, drama, and the future teachers club.

Berkley’s students have been named All-State and Academic All-State honorary recipients for activities such as swimming, track and field, baseball, golf, hockey, and soccer. Twelve student athletes signed with colleges and universities during the 2018-19 school year. The BHS Orchestra was also one of three high school orchestras nationwide invited to play at Carnegie Hall in 2019 for the World Stride Music Festival and Berkley High School was the first school in the state to adopt Sources of Strength, a peer-led wellness program that benefits all students.

LAST YEAR JULIE SMITH, ONE OF THE CHOIR DIRECTORS AT BHS AND ANDERSON MIDDLE SCHOOL, was named the Oakland County High School Teacher of the Year. Also, in 2018, Danielle Ozanich, Angell 5th grade teacher, was named the 2019 National Hannah E. (Liz) MacGregor Teacher of the Year in the middle school division by the National History Day organization. In 2018, Superintendent Dennis McDavid was one of four people in the nation to be named a Kennedy Center/Stephen Sondheim Inspirational Teacher.

The Berkley School District is always looking for ways to improve, and in 2018 the community passed a sinking fund initiative which levies 3.0 mills on all properties in the District for a total of ten years and equates to approximately a 1.0 mill reduction in levies on all properties. Sinking fund dollars support community investments and the program is designed to further the work that started as part of a 2015 bond initiative. Roofing and concrete replacement projects, technology infrastructure improvements, energy and security improvements, and technology device purchases are all top priorities.

CURRENTLY, THE ADMINISTRATIVE TEAM IS PUTTING TOGETHER a new strategic plan for the next five to ten years. “This work will set goals for the District and the words ‘inspire,’ ‘empower,’ and ‘lead,’ will guide the team through this process,” according to Stilger.

She added, “Families are encouraged to join their school’s support groups to stay involved with their child’s school and education, and each school has its own Parent Teacher Association (PTA).” The District trusts its PTA members to “believe in an education which prepares students with well- rounded opportunities and challenging experiences necessary for individuals to succeed in life.” It strives to ensure every child receives a
life-changing education and is committed to getting outstanding results for all students enrolled.

The Choir, Orchestra and Instrumental Booster groups support grades 6-12, and the Athletic Boosters support high school athletics. There are volunteer opportunities at all of Berkley’s schools, including helping in the classroom or chaperoning off-site activities and field trips. Anyone interested is required to complete the Volunteer Release Form ahead of time. This is available on the District’s website. For more information, parents and other family members are encouraged to contact their school’s office or Erin Haley at 248-837-8007 / erin.haley@berkleyschools.org. 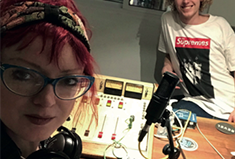