Home Culture A New Chapter for the DDA 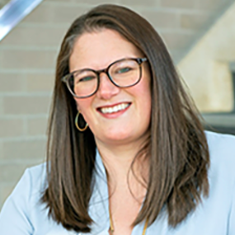 THE FERNDALE COMMUNITY IS OPENING A NEW CHAPTER IN ITS HISTORY and I am thrilled to be a part of it. My name is Lena Stevens, and I was appointed to serve as the Executive Director of the Downtown Development Authority (DDA) in October 2019. 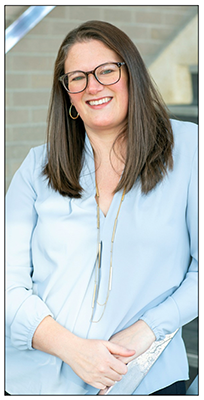 In my few short months working and living in Ferndale I’ve had the pleasure of speaking with residents, business owners, property owners, and city officials about their hopes for this city. I’ve gotten the sense of a city that’s experiencing exciting growth, and it’s clear that Ferndale is a desirable place to be. As Bill Murray said in Caddyshack, “So I got that goin’ for me, which is nice.”

What has also struck me is that Ferndale is a community that prides itself on inclusiveness, not just with words but with actions. Since my arrival, the City of Ferndale has received a perfect score for inclusiveness policies by the Human Rights Campaign Foundation and the Equality Federation Institute, banned the practice of conversion therapy within city limits, and recognized Human Trafficking Awareness Month. I’ve also seen city officials and community members eager to communicate with each other. Do we get it right every time? Of course not, but we are getting better and more creative all the time.

Since being established in 1981, the Downtown Development Authority has helped to turn Ferndale into a favorite local and regional destination. Ferndale was the first city in Oakland County to receive the Great American Main Street Award in 2010. We achieved this through bold actions such as narrowing 9 Mile Road, launching the BUILD program which leveraged over $2.5 million of private investment in façade and building improvements, and making our streets more pedestrian- and cyclist-friendly. Now we must look to the future and ask ourselves, “What’s next?”

YOU MAY HAVE NOTICED SOME RECENT PROJECTS from the DDA and the City of Ferndale, which included a new holiday lights display, improved landscaping, sidewalk trip hazard repairs, and the rainbow crosswalk on 9 Mile. These were made possible with a renewed collaboration with the dedicated team at the Department of Public Works.

But it’s only the beginning. In the coming year, several capital projects will be taking shape, bringing new opportunities for business development and community engagement to downtown Ferndale. The DOT (Development on Troy) will become a destination not just for parking, but also for retail, office, and small events that bring foot traffic to downtown. Schiffer Park will be redesigned with a slightly larger footprint, creating a public gathering space along 9 Mile downtown. We’re also seeking opportunities to roll out engaging public art, pedestrian alley improvements, and a fun slate of holiday events next November & December.

“I want to offer my sincere thanks to everyone who has welcomed me to Ferndale and extend that welcome back to the community.”

If you are interested in getting involved with the DDA, please email us at info@downtownferndale.com. We are looking for businesses and residents to join the Vision Committee that will help see us through this new chapter in our history.