Home Editions Aug / Sept 2018 What Will Happen to the Drayton Avenue Church? 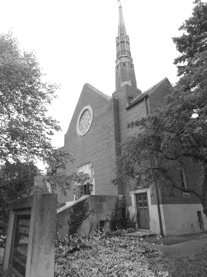 THE CONGREGATION OF DRAYTON AVENUE PRESBYTERIAN CHURCH RECENTLY RELOCATED from Ferndale to Berkley. The number of attendees had dwindled drastically in recent years. At the time of relocation, the church had less members than when it originally opened in the 1920s. The decision was based on limited funding and an inability to continue meeting in the original structure, a cherished Ferndale landmark for almost a century.

The move has affected the whole neighborhood. “We moved next door to the church four years ago,” said Ferndale resident Tina Towell. “The decision to move here was logical – our family is here, and we wanted to 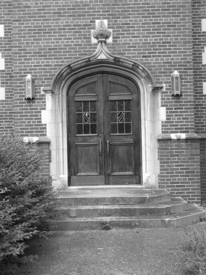 be close to our grandchildren.” Towell described how she and partner Richard Christensen knew they’d be in the neighborhood for many years and immediately started renovating, creating their dream home. “We’ve put a lot into our house, invested a lot,” she said.

They couldn’t believe it when the congregation quickly and quietly vacated the historical building. “We loved having the church next door,” she said. “We loved hearing the chimes that would play. There were actually two congregations, one LGBT, with a daycare, a school, and a catering business that used the kitchen. We got to know the caterer pretty well.” As she peered over at the lot, she added, “Looks like all the furniture and other items are gone now.”

The original church building was eventually purchased by a developer, Designhaus Architecture, and the company drew up plans to put in over three dozen apartments. “About six to eight months ago, the neighbors told us the church was for sale. Then, about two or three months ago, we heard someone was interested in turning it into apartments. The original plans called for 36 apartments, I believe, including a six-townhouse complex in the parking lot,” Towell explained, saying they couldn’t fathom where that many would even go. “The townhouses would be right behind us. And, there just wasn’t adequate parking, absolutely no green space,” she said.

“Parking is already at a premium in Ferndale. Then, you have to consider the additional traffic coming in and out.”

DURING THE TRANSITION, RESIDENTS BEGAN to notice dumpsters close to their homes. “My grandchildren spend a lot of time here,” Towell said. “I don’t want to have to worry about the smell, rats, flies. And what 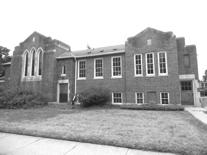 about our property value?

Many in the neighborhood would like to see the space preserved and used for the benefit of the entire community. “We’d like to see an art center, artists’ loft, or community swimming pool go in there,” Towell offered. “The City could buy and convert it.”

The latest planning commission meeting concerning the matter was held on July 11. According to Towell, “[A number of residents] attended…many of us got up to protest the current site plan presented by the Designhaus developers. On Tuesday evening prior…we met as a group to discuss what we wanted and how to present it. So we stood our ground.”

On August 1, Ferndale City Planning Manager Justin Lyons stated, “Regarding the current plans for the site, the applicant applied for a conditional rezoning and site plan to reuse the existing church building with 30 apartment units. The Planning Commission held a public hearing on July 11th and took no action on the item. The next steps are for the developer to consider if they wish to make revisions to their conditional rezoning agreement and site plan, which would require another public hearing at the Planning Commission.”