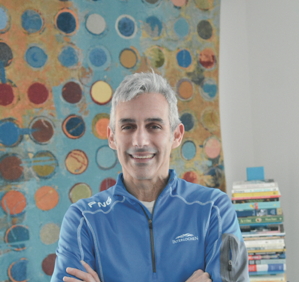 Jay Kaplan is a very interesting man. Born and raised in Michigan, he holds a Bachelors in Psychology from the University of Michigan and a law degree from Wayne State University.

For 13 years, Kaplan was employed at Michigan Protection & Advocacy Services, a private nonprofit organization designed to protect and promote the human and legal rights of people with disabilities in the state of Michigan. While employed at the service provider, Kaplan worked with special education clients. He acquired funding to start a program for HIV and AIDs advocacy, designed to provide legal services for individuals living with these ailments. He also served as staff attorney for the project, which outlasted his stay at MPAS, for seven years.

Jay is currently a staff attorney for the American Civil Liberties Union (ACLU) of Michigan’s LGBT Project, which was founded in 2001. He advocates for the LGBT community on a number of issues, challenging current laws and moving for reforms. One of the issues Jay worked on was the ability of transgender individuals to get accurate gender markers on their drivers licenses. He also has challenged same-sex marriage laws affecting couples with children. In the State of Michigan, the law states that a gay couple cannot marry if one partner already has kids. This means that the partner without children cannot adopt the other partner’s children as his or her own. Therefore, children are not afforded the same legal protection as those of heterosexual couples.

Back in 2001, Jay was involved in a lawsuit brought against the City of Detroit Police Department for an undercover sting operation targeting gay men in Rouge Park. Thousands of residents were wrongfully arrested and their driver licenses revoked during the sting, which targeted the men due to their sexual orientation. Eventually, the City settled, agreeing to pay damages, as well as amend unconstitutional ordinances moving forward.

In 2004, Jay was involved in investigating another sting near Lansing also targeting the gay population. During this sting, undercover officers pretending to be gay approached men at a rest stop and attempted to engage them in sexual conversation. They were then arrested under Michigan’s solicitation and criminal sexual conduct statutes. The sting was conducted during the weekend of Michigan Gay Pride. One of the men taken into custody reported the incident to the ACLU.

Other notable issues in which Jay has been involved include health insurance – for example, currently hormone therapy for the transgender community is generally not covered by insurance – and domestic partnership limitations for same sex couples. He is working on issues involving faith-based adoption agencies which are currently allowed to deny same-sex couples access
to adoption.

Jay is the humble recipient of a few awards for his hard work. He received the 2006 Unsung Hero Award from the Michigan State Bar, for which he simply states, “It was an honor, but there are so many unsung heroes that deserve to be recognized.” He was also honored with the 2010 Virginia Uribe Civil Rights Award issued by the National Education Association (NEA). Jay also teaches a public interest law course. He says he enjoys the ability to share his knowledge of law with his students, and Kaplan says he chose to attend Wayne State because it is an urban law epicenter. His education and career path have taught him “cultural competency, empathy and communication skills,” all very much needed in his line of work.

Most of all, Jay would like to remind the general population, “the LGBT community includes a very diverse population of people” of varying ethnic and cultural backgrounds. “The issues of one population do not exist in a silo. They intersect across differing groups,” he says. Therefore, the issues the ACLU’s LGBT Project are tackling are ultimately for the benefit the larger community as a whole. And, although there has certainly been notable progress made, Jay says they still have a long way to go.