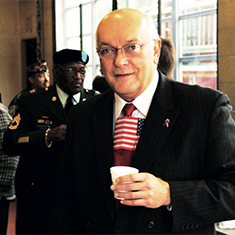 FERNDALE LOST ONE OF ITS LEADERS IN EARLY FEBRUARY, leaving behind wife Ruth and son Brad and a host of friends and admirers. Destined to become one of our city’s historical figures, Bob was beloved by thousands of people in southeast Michigan. He was 71.

Born in Kittanning, Pennsylvania, Bob settled in Ferndale in 1982 to be near Hagopian, where he worked for many years. He quickly became a contributing member of the neighborhood in southwest Ferndale and the greater community.

Best known for his outgoing personality and engaging manner, Bob loved people and his communication skills were legendary. In spite of some challenges, folks remember Bob as a cheerful, smiling guy always willing to roll up his sleeves for the task at hand.

FERNDALE HIT ITS NADIR IN THE 1980s and was a bit rough around the edges. The down- town was mostly 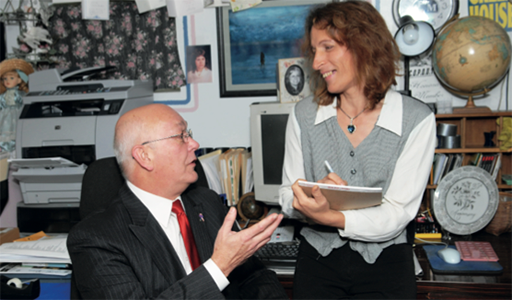 empty, and property values were low. Woodward Avenue in the city featured an adult theater and a massage parlor. But, like others, Bob saw a diamond in the rough.

Bob’s proudest accomplishment was leading a citizens committee to pass a major bond issue to repair and rehabilitate the city’s infrastructure, which had previously failed. By bringing together residents, businesses, the schools, and community groups, the effort succeeded and allowed the City to fix its aging roads, water mains, and sewers. It was that unglamorous-but-necessary work that halted the city’s decline and laid the foundation for the rejuvenation of Ferndale that took place in the 1990s and 2000s.

Bob was a bridge in the city, linking older residents, businesses, police and fire with the new younger people that began making Ferndale home. He was comfortable talking with seniors, students, religious leaders, minorities, and the LBGT community and was respected by all of the disparate groups in Ferndale as it became more diverse. 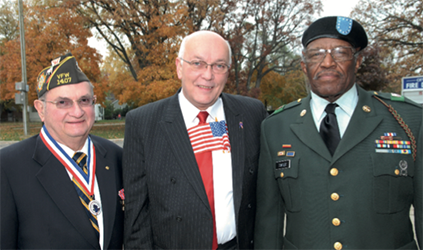 HE WAS ONE OF THE SMARTEST PEOPLE I HAVE EVER KNOWN and understood the workings of municipal government and especially its budget and financing. Always willing to invest in the city, he also fiercely guarded the taxpayers’ money.

I once took Bob a small baggie of little hot peppers that I had proudly grown in my garden. The next
day, he brought me a grocery sack full of the largest, most flavorful peppers I had ever tasted that he had grown. He was a giving, caring, and generous human being.

In these current times of anger, division, and fear, we are going to greatly miss the warmth, under-
standing, acceptance, and cheerfulness that was Robert Porter.

A GOOD MAYOR EMPOWERS ANOTHER EMERGING LEADER. Former Mayor Bob Porter influenced my career path by helping start the Michigan Suburbs Alliance where I worked for nine years. And he appointed me to the Zoning Board of Appeals when I was in grad school. Bob has a special place in my heart for empowering me. Rest in peace, my friend. Your impact on Ferndale continues on.

From Dean Michael Bach, owner of Dino’s and M-Brew

ALMOST EXACTLY 20 YEARS AGO, then City Council member Bob Porter took the time to seek me out and welcome me to Ferndale as the new owner of the Rialto Cafe. We chatted often and he would introduce me to many business owners, neighbors, police, fire and friends in the neighborhood. He also put me in touch with many people at City Hall able to help a young and ambitious punk from Detroit realize a dream of owning a restaurant. He told me to get involved and to simply “do the right thing” in Ferndale, and the community would appreciate and support my efforts.

As time went on, and Dino’s was able to establish itself as a local watering hole, MAYOR Porter would pop his head in the lounge for a cold beverage and shoot the breeze about city stuff. I would eventually be appointed to the DDA Board of Directors by Mayor Covey, and our breeze-shooting would turn into advisory sessions. He would never just give advice, but would kinda’ tell a story about a situation he experienced and how he or others would handle it. The conversations were always light and full of wisdom.

We would stay in touch with an occasional call, with our last chat being during this past holiday season. He sounded good although he did tell me he didn’t feel “all that great.” He would never let a conversation lead to a negative lane. He was always flattering and never had anything but nice things to say to and about everybody. His life touched a lot of people with his charm and uplifting approach.

So…on this the day of his passing on to eternal rest. I want to take a moment to raise a toast to Mayor Bob Porter. The uplifting of others in your community will forever remain a life lesson learned from the heartfelt and genuine ways in which Mayor Bob would lead, live and love the City of Ferndale.

Salute and Cheers to you, Sir.