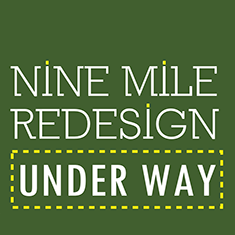 THE NINE MILE REDESIGN is a grant-funded public improvement project that will bring multiple new amenities to Nine Mile Road.

The first phase of the project is the one happening this Summer, in partnership with the City of Ferndale. It will cover the area on Nine Mile Road from McClain Drive to the eastern border of Oak Park, and will extend into Ferndale, thus connecting Oak Park and Ferndale via bike route. The subsequent two phases hope to continue the redesign of Nine Mile Road westward, all the way to the City’s border with Southfield. This project is expected to transform and revitalize the Nine Mile Road Corridor, and spark a new beginning for Oak Park.

The project is aimed at creating a new sense of place on the Corridor, increasing non-motorized transportation usage, and spurring business growth for the benefit of residents of all ages. By the time the project wraps up, new features on Nine Mile Road will include:

The process for the Nine Mile Redesign began in 2015 with a grant from the Project For Public Spaces and the Center For New Urbanism. After a week-long study analyzing traffic patterns and collaborative charrettes with the public over three days to gain community input, a report was created called the Nine Mile Redesign. The public input and professional consulting helped the City determine that there was a need and desire for the features listed above. Throughout the entire process, there have been a number of opportunities for the public to get involved in the planning and implementation of the Nine Mile Redesign. Such public outreach activities include:

WHAT IS A ROAD DIET & WHY DO WE NEED IT?

As more communities desire “complete streets” and more livable spaces, they look for opportunities to better integrate pedestrian and bicycle facilities along their corridors. After getting input from the community, the City conducted a traffic study to determine the feasibility of such facilities. We learned from the traffic study that the volume of traffic on Nine Mile Road does not justify a five-lane road and eliminating some of the lanes would not decrease the level of service. The road diet on Nine Mile will reduce the amount of motor vehicle lanes from five or four (depending on the specific area) down to three.

A road diet will not only create more room for cyclists and pedestrians, it also will create a safer road for everyone to travel on. Did you know that a road diet can decrease car accidents anywhere from 19 to 47 percent?

Further, the road diet will help boost local economic activity. For local businesses, a road diet can improve economic vitality by changing the corridor from a place that people “drive-through” to one that they “driveto.” Replacing automobile lanes with on-street parking, walking areas, and bicycle lanes will make the corridor a more attractive place for consumers.

WHAT IS BACK-IN ANGLE PARKING, AND WHAT IS THE BENEFIT OF IT?

With the implementation of the road diet, more room for commercial parking will become available along Nine Mile Road. Instead of putting in old-fashioned parallel parking, the City has decided to implement back-in angle parking. 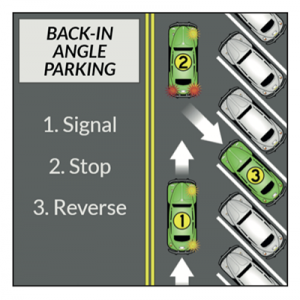 Back-in angle parking uses the same process and motions as parallel parking but is much safer and allows for the creation of more parking spaces.

With a clearer line of sight and easier maneuverability than typical on-street parking, back-in angle parking provides motorists with a better vision of bicyclists, pedestrians, cars, and trucks as they exit their parking space and enter moving traffic. Back-in angle parking also eliminates the risk that is present in parallel parking situations of a motorist opening their car door into the path of a bicyclist. It allows safer access to trunk space and makes it easier for passengers to enter and exit the vehicle safely.

WHY DO WE NEED BIKE LANES?

Bike lanes are a very important part of the Nine Mile Redesign as the City works towards accommodating all types of travel. Having a designated safe area for cyclists to travel via bike lanes causes significantly less accidents and injuries for everyone on the road. Creating an environment that cyclists feel safe in will also promote physical fitness and environmental sustainability. Further, experts say that the addition of bike lanes can help stimulate the local economy by increasing sales for local businesses.

WHAT ARE POCKET PARKS, AND WHAT IS THE IMPORTANCE OF THEM?

Pocket parks are a great way to spruce up an area immediately adjacent to local businesses that otherwise would be underutilized. The two pocket parks that are considered a part of the Nine Mile Redesign plan are positioned at Sherman Street and Seneca Street. 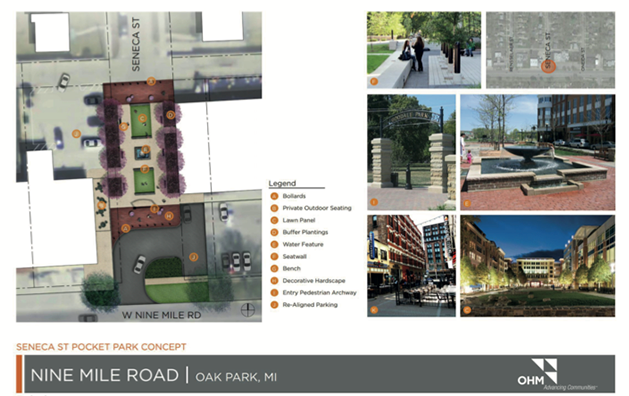 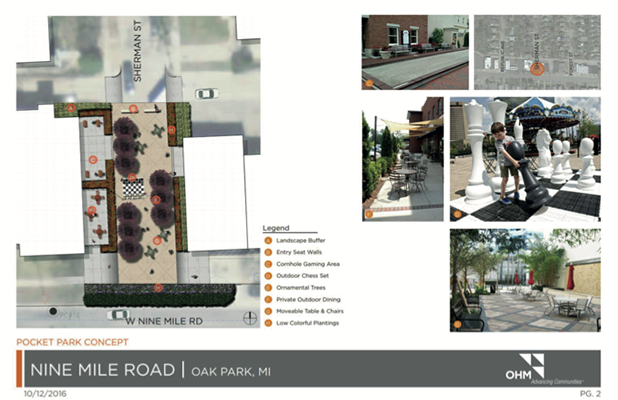 An example of a pocket park is the temporary Sherman Pop-Up Park that the City installed in July of 2017. This new park involved closing off the street at the intersection of Sherman Street and Nine Mile Road to the alley.

The project was driven by the wants of nearby residents and businesses, which ended up benefiting the community more than anyone had imagined. It created a new 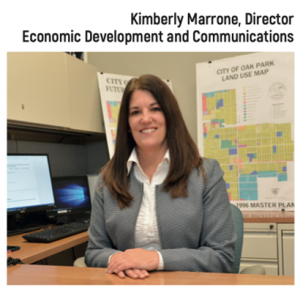 vibrancy in the neighborhood, gave residents a new place for leisure, and spurred business activity. In tracking visitors to the pop-up park, the City was able to track an average of 900 people per week that visited the park and logged into the free Wi-Fi that was provided for them.

When all is said and done, the Nine Mile Redesign and all the fun amenities to come with it will transform the Corridor!