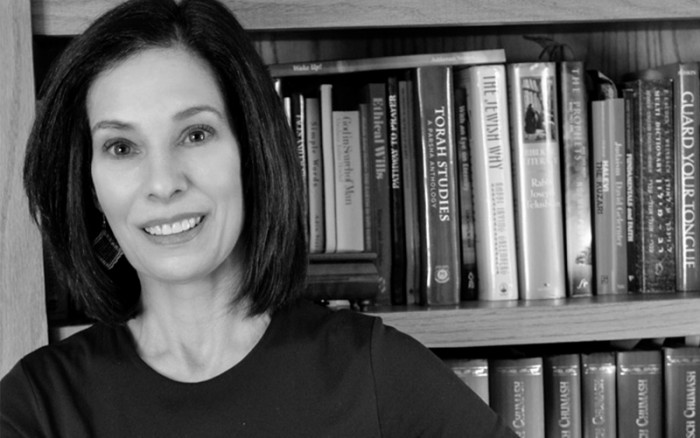 Oakland County Commissioner and Huntington Woods resident Helaine Zack spent three weeks at Harvard’s Kennedy School of Government this past July for what she called “very intense study.” Attending a program aimed at officials of state and local governments, Zack arrived at Harvard, having been awarded an A. Alfred Taubman scholarship. The renowned local philanthropist set up two scholarships per year for local attendees of the Harvard program. Zack said she was “shocked and honored” to receive the scholarship, and flattered to have been awarded it on her first attempt.

Recipients must serve on the Southeast Michigan Council of Governments board. SEMCOG is a partnership among seven counties, a “regional collaboration on issues like the environment, parks, and roads,” Zack said.

As part of the application process, Zack wrote two essays, one being on “How to get things done as a minority member” of elected government. Harvard screened applicants to create a sort of ecosystem, Zack said. She was selected along with 20 elected and 51 unelected officials from all over the world. It was a diverse group, Zack said, including an Alabama conservative and a police chief from California. She found herself part of a network that continues to this day, keeping up with each other in what Zack referred to as a “consultant group” on Facebook. The diversity of the group helped Zack address her goals for the program. What makes good leadership? How does one challenge assumptions, deal with differing opinions?

Attendees spent six hours a day in lectures. They began each day with an hour of discussion on topics from the previous day, or related to that day’s lecture. They were also assigned hours of reading.

Zack has a long track record of public service. Back in 2002, one of then-candidate Jennifer Granholm’s five platform issues was mental health. Zack’s social work background made this approach to government attractive. “I remember thinking, I know about that.” She ran for County Commissioner that year, won her race, and took office in 2003. She was elected to a seventh two-year term in 2014 and continues to serve the 18th District, which includes Huntington Woods, Ferndale, Hazel Park, Royal Oak Township, and Oak Park.

Zack’s social work career began in employee assistance programs, something she still works at even though she retired from Beaumont a year and a half ago. The morning of our interview, she assisted employees who had just experienced the death of a coworker. She realized years ago that taking care of oneself in such professions must be a priority, telling me “You have to put the oxygen mask on yourself before you can help others.” So to relax and recharge, she walks and bikes, often bicycling to Ferndale. She’s a longtime gardener, having been part of a vegetable co-op as a student at the University of Michigan, and has raised beds in her front-yard garden to this day. She enjoys historical fiction and travel. And keeping Sabbath is important to Zack. She attends synagogue and unplugs from media and technology for the day, finding that unplugging “very healing.”

“Life happens to all of us,” Zack told me. “We have physical and emotional responses.” Part of her work for years was helping others deal with those responses. Zack describes herself as a person who “truly wants to help and make a difference.” With her dual careers of social work and public service, Zack continues to live what she preaches.

If something happened with our health, we believe there is a solution to any maladies in a preparation. What medicines do patients purchase online? Viagra which is used to treat impotence and other states connected to erectile dysfunction. Learn more about “sildenafil“. What men talk about “viagra stories“? The most vital aspect you must look for is “sildenafil citrate“. Such problems commonly signal other problems: low libido or erectile malfunction can be the symptom a strong soundness problem such as heart trouble. Causes of sexual dysfunction include injury to the penis. Chronic disease, several medicaments, and a status called Peyronie’s disease can also cause sexual dysfunction. Even though this medicine is not for use in women, it is not known whether this treatment passes into breast milk.