Home Culture Hazel Park’s Community Coalition : Breaking Down Barriers One Conversation At A... 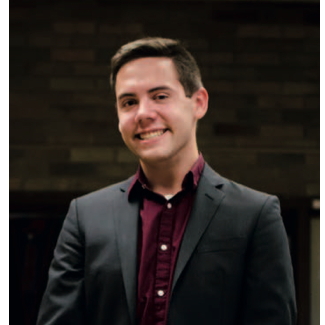 THE MISSION OF HAZEL PARK’S COMMUNITY COALITION is “to reduce youth substance abuse and support a healthy environment … in Hazel Park.” The team is dedicated to “reducing the abuse of illegal drugs, alcohol, and pills among not only our teen population but our community as a whole.”

In order to carry out this mission, the group works under the State-funded umbrella organization, Alliance Coalitions for Healthy Communities, and hosts a variety of campaigns, rainings, and after-school events, while publishing a wealth of literature designed to spread awareness.

“My hope is to create an impact, and start a wave that will wash over the entire Hazel Park community,” said Jared Gajos, the group’s Executive Director. “The Coalition was first thought of in October 2016 and was set in stone in March 2017. So we’ve really only been around for a little more than a year and already we’re seeing some positive effects.”

THE COMMUNITY COALITION initially sent out an assessment to determine what the biggest substance abuse issues are in Hazel Park. The group surveyed high schoolers and community members, and determined the primary focus need-ed to be on marijuana and alcohol. From there, the Coalition encouraged individuals to come forward and offer ideas for curtailing these issues. At the same time, they began to offer information not only geared toward the issue itself, but ancillary sub-stance abuse issues as well.

“We wanted to put out information on all of the effects. For instance, let’s say you have kids, under-go back surgery, and are given a bottle of Vicodin. You take a few and put the rest up in your cup-board. Are you checking that they’re all still there? Counting the pills? Who’s to say your loved ones aren’t selling them? If you see a student with a plastic bottle filled with clear liquid, do you assume it’s water? Don’t take things for granted. Open up lines of communication.”

There was some hesitation from the community to come forward at first. “In the beginning, students weren’t sure if they should get involved,” Gajos explained. “But we kept pushing the fact that we’re not a police force. We’re here to offer information, a helping hand. Eventually, more and more parents and students felt comfortable getting involved.”

The organization has been able to offer a variety of fun events. “Recently, we decided to begin hosting an alternative spring break, winter break, and mid-winter break,” Gajos said. “We partnered with Hazel Park’s ice arena and offered dollar-skate days. This got people out of the house and offered them an affordable activity.”

Gajos, who graduated from Hazel Park High School in 2013, now has an office inside the school, making him easily accessible to students hoping to open up about their concerns. He attended Michigan State University, graduating in 2017 with a bachelor’s degree in international relations and minors in French and international peace and justice.

“When I graduated, I got an offer to interview for the Coalition position and decided to give it a try. I’m so glad I did,” he said. “I’m not a licensed counselor but I can offer information and resources to those interested.” He is also employed at the City offices, assisting with social media and outreach, and promotes Community Coalition events through the city pages.

IN THE COMING MONTHS, the organization is hoping to address the issue of vaping as well,garnering support from local and statewide govern-mental offices. This is a topic that will continue to be on the table in coming meetings. “We meet up with all of the groups in the area once a month to talk about what’s working and what’s not and offer recommendations. It’s all about starting a dialogue and helping the community in any way we can.”

Volunteers hoping to get involved in Hazel Park’s Community Coalition events can email Gajos at jared.gajos@hazelparkschools.org. “As specific as the organization’s goals are, be open to the possibility that this may be something you should get involved with. Whether you’re struggling with ad-diction, in recovery, have a family member in recovery, or have never been exposed to this but are curious about it, check us out. Start a conversation and help break down barriers.”