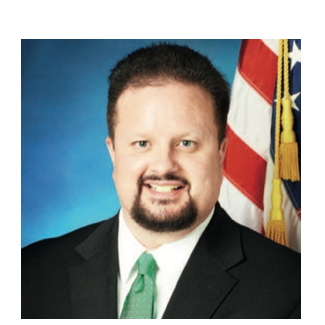 FEW PEOPLE COME AS QUALIFIED FOR THEIR POSITION as Hazel Park City Manager Edward Klobucher. Prior to becoming city manager, he served as Hazel Park’s acting city manager, assistant city manager, acting city clerk and special projects coordinator. A lifelong resident of Hazel Park, he was appointed city manager in
February of 2002 in the middle of a serious municipal budget crisis. Klobucher credits the City Council and cooperative employee bargaining units for his ability to present a balanced budget for the following fiscal year.

When asked about the economic outlook for the city, Klobucher shares that Hazel Park has enjoyed resurgence in the past few years with the addition of dining and entertainment venues such as Joe Bar/Frame and Mable Gray. Existing businesses have been renovated, like Kozy Lounge; and other mainstays in the city, like House of Shamrocks and Loui’s Pizza are thriving. From a dining, entertainment, and night-on-the-town perspective, Hazel Park is doing quite well, and continuing to field inquiries from people interested in bringing new venues to the city.

The biggest economic development news this year is the closing of the Hazel Park Raceway. The most visible and an iconic landmark, for many years it was the most important business in the city. In the 1950s, the race track provided nearly 50 percent of the City’s general fund revenues. The importance of the raceway cannot be overstated. The revenue it provided was down to 25 percent in 1980s. Unfortunately, with the proliferation of casino gambling in the state of Michigan, the popularity of horse racing declined in the 2000s and accelerated dramatically until the track closed earlier this year. By that time, it provided fewer than two percent of the City’s general fund revenue.

Ashley Capital is the organization which developed the Tri-County Commerce Center in part of the raceway property. They also recently purchased the remaining raceway property, and plan two more industrial developments by Spring 2019.

Hazel Park cut the ribbon on the Tri-County Commerce Center last year. Since it opened, it has attracted an Amazon fulfillment center, Bridgewater Auto Interiors, LG Electronics, and it is also where they will be building the battery for the new, fully-electric Chevy Volt. That will bring about 200 jobs to the region. Hazel Park has been very successful with the first Ashley Capital development.

AS OF THIS WRITING, KLOBUCHER SHARED THAT THE CITY IS IN THE PROCESS of licensing establishments who will grow, process, test, transport and provide medical marijuana to Michigan residents. They are currently in the review-and-selection process for the multiple license applications. There will be a study session and lots of committee involvement. Although Klobucher is unable to provide an exact number, there are multiple licenses for each of the four business categories, depending upon the category and type of license. Council, by resolution, may expand or shrink the number of licenses being considered. Currently they are looking at four of every classification, but that number is not final.

The City of Hazel Park is currently in the process of updating its Master Plan. They will be completing that work after they finish the burdensome process of the medical marijuana establishments.

Hazel Park has become a magnet for entrepreneurs. Klobucher conveys that he is very lucky to work for a good City Council and to have energetic entrepreneurs who believe in and invest their time and resources into Hazel Park.

“The cool thing about the new entrepreneurs opening businesses in Hazel Park, like Chef James Rigato of Mabel Gray, is that they are very community-minded,” Klobucher says.

Also home to the only suburban community Promise Zone in Metro Detroit, the Federal government has targeted Hazel Park for support and partnered with the local leaders in Hazel Park to improve educational opportunities. Promise Zone Scholarships are available through the Local College Access Network (LCAN). Every student that graduates from Hazel Park High School is guaranteed money to attend Oakland Community College for two years. This is changing and improving the educational opportunities for Hazel Park students.

When asked about the future of his city, Klobucher sees Hazel Park thriving. The city has an opportunity to build lasting prosperity.

“We can continue to have outstanding facilities: EMS, police, roads, city services. We can have a community full of happy residents living fulfilling lives,” Klobucher says. “I want to make life better for the HP residents.”