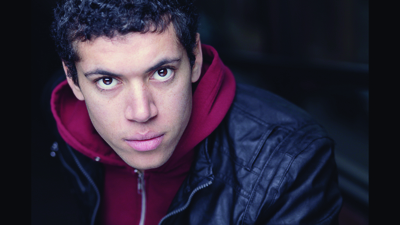 NO MATTER YOUR TRADE OR PASSION, all roads leading in the direction towards progress are paved with fear, frustration, and doubt. The secret you see – finding something inside of you that no one can take away – something that is yours, God-given, but man-made, and hold onto it. Be driven by faith in your abilities and efforts, and find a way to remind yourself of the vision no matter the breakdowns and pit stops along the way.

Creative careers will never stop testing you; that is why they are the most beautiful and satisfying. The life of an actor isn’t an easy one, but it sure is remarkable for those who navigate the journey. Folks like Bello Pizzimenti.

Pizzimenti was born in Ferndale, and attended the Detroit Waldorf School where he performed his first plays. He later attended Cranbrook upper school, where he lived in residence throughout his high school years. While performing in the annual winter musical, he was discovered by a Canadian director who invited him to join an international production of Les Miserables in Windsor, Ontario. This proved to be the launching pad for his life and long road towards assuming the role of other identities on stage. After attending Western Michigan University, where he received his BFA in musical theatre, Pizzimenti chased his dreams to live in Harlem and pursue a career in the biggest city in the world.

Q: What are some of the more significant memories you hold on to from your time with “Les Mis,” in Windsor?
A: I remember the moment my high school choir teacher told me right after a performance that a director from Canada had been at our show, and that he was specifically interested in me for his production. That was very exciting. I remember the day of my audition for the show, which if I remember correctly was also my first day of rehearsal. We were essentially inside a storage space in a warehouse in Windsor. I thought I was just singing for the music director and the director, because they were the only ones in the room with me. What I didn’t know was that the two young men playing Enjolras and Javert were in the next room listening to me as well. I finished singing, and they came out with huge grins on their faces to greet me and welcome me to the cast. Shortly afterward the rest of the cast arrived, and we started rehearsing.

Most importantly, I remember the friendships. Some of the best times of my life were had that Summer, and in the following years during my regular trips to Windsor. I had a sense of belonging and a sense of self-confidence that I had not had before. It was the summer that made me feel that a professional life in theatre was for me.

Q: What was one of the best and worst moments from your time in Harlem pursuing acting after undergrad?
A: Some of the best: Being cast in a workshop performance of Tectonic Theater Project’s adaptation of Carmen. I got to work with Moises Kaufman and the rest of the team, as well as a powerhouse cast of performers. We presented at the Guggunheim, and when one of the other performers had to go to the hospital the day of the performance, I stepped in on short notice to cover his solos. Moises was impressed by me and I was subsequently called back several times for a full production of the show, though I was ultimately not cast.

And, performing in my only NYC-based full-length professional play, BACK by Mickey Bolmer. As a cast we were encouraged to explore and to have fun, and I found myself feeling very free, loving, and open as a result. It was a professional experience in which I could truly say that I enjoyed the process.

Some of the worst: Botching several of my opportunities with Tectonic, and subsequently being called in for them less and less often. Feeling that I did not live up to the potential that Moses saw in me. Accidentally not learning the entire musical cut required for an audition, leading to a very embarrassing situation for everyone in the room. Dealing with contracts and/or offers that conflict with each other. I’ve probably gotten stomach ulcers panicking about these situations over the years.

Q: What drives your passion for acting?
A: These days, I don’t know. I used to be in it for fun. Then I was in it for success, recognition and money. Now I’m in it because it’s the only skill I have that people are nice enough to pay me for.

Q: Tell us about Chasing the Star…
A: It’s an independent film by Collective Development Inc., a Michigan-based film company I first worked for during my senior year in undergrad. We shot it in the desert of Yuma, AZ, which was awesome because it was my first time getting to go to a very specific environment for a shoot. It made it feel much more authentic for me as an actor, and I think it makes the film much more authentic feeling as well. Plotwise, it’s the story of the Three Magi essentially. There isn’t a ton of source material on their backstory (to my knowledge), so a lot of the circumstances come from the imagination of the writer, which is all to the good as it makes the three men much more human. They are all flawed, and have to reconcile their past over the course of the story. I play the youngest Magi of the three, Gasper.

Q: What’s next for you?
A: Who knows? Best-case scenario is I stay honest with myself and listen to my gut, intuition, whatever you want to call it. Maybe I’ll end up in a rock quarry. Maybe I’ll just read books and hide from the world. Maybe I’ll keep acting. Maybe I’ll find something else. Hopefully, I’ll be there when and if people need me.