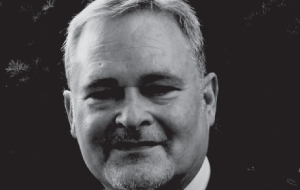 Q: CAN YOU GET ARRESTED FOR HAVING A WARRANT when you have jury duty? I have a warrant for not paying a fine for under-age drinking. They didn’t allow a payment plan and my hours got cut so I wasn’t able to keep up with paying the fine. Now it’s a year later and I have jury duty. Will I be arrested and sent to jail?

A: THE FACT THAT YOU’RE ASKING THE QUESTION implies that you understand that you could be arrested. Any time there is a warrant out for your
arrest, you can be detained. This can be a major inconvenience since every traffic stop, border crossing, or police contact can suddenly interrupt your plans for the next few weeks. It is never a good idea to delay confronting a warrant.

Your question, though, is not could you be arrested but will you be arrested. That’s impossible to predict. Certainly you have to respond to the summons for jury duty. Failure to do so is another independent reason for a warrant to be issued. Attendance at court and payment of fines is required. No one gets to decide on their own that they are excused. When you get questioned in the jury selection process, there will certainly be questions about past convictions and arrests and they may also ask about “pending” matters. If there is a warrant out, the matter is pending.

Whether the court clerk will check the record in advance or flag the fact that you have a warrant, and how the judge would respond varies from place to place. If you show up voluntarily for jury duty, the court might choose to reward your cooperation and simply inform you of the warrant and give you the opportunity to set a date to take care of it. It’s also within the authority of the court to hold you or require you to post a cash bond.

WHEN YOU REPORT FOR JURY DUTY, it would be a good idea to be ready to deposit a large amount of money with the court (like $500 to $1,000) just in case you are held and required to post a cash bond. The amount of your unpaid fines plus late fees and so on. “A warrant for not paying a fine for underage drinking” sounds like you were already convicted and ordered to pay. If by “underage drinking” you mean you war convicted of being a minor in possession of alcohol, that is a criminal offense. You can go to jail as well as pay fines on the underlying charge. Now, you are in violation of a court order to pay. That means a “show cause” hearing will be held to decide if should be sent directly to jail for contempt of court.

“They didn’t allow a payment plan” makes it sound like you went to the probation department promptly when your hours were changed and filed a written request with the court to make install- ment payments. Is that what you did?

If so, the judge is likely to understand that there was a hardship that kept you from paying. If not, the judge may decide that you simply took matters into your own hands and defied a court order because you unilaterally decided you couldn’t afford it. Whenever it becomes impossible to comply with a court order, you have to immediately go back to that court and seek relief. Doing nothing is contempt of court. You could get arrested, but it is more likely that the court will want to take some steps to make sure you show-up and do what you are required to do.

Judge Rudy Reports is a regular feature in Ferndale Friends. This “ask the lawyer” column welcomes questions from readers. If you have a legal question or concern, send your question by email to rudy.serra@sbcglobal.net. Advice about specific cases or individuals cannot be provided but general legal questions and topics are welcome.

If something happened with our health, we believe there is a solution to any maladies in a medicament. What medicines do patients purchase online? Viagra which is used to treat impotence and other states coupled to erectile disfunction. Learn more about “sildenafil“. What humanity talk about “viagra stories“? The most vital aspect you have to look for is “sildenafil citrate“. Such problems commonly signal other problems: low libido or erectile malfunction can be the symptom a strong heartiness problem such as heart trouble. Causes of sexual disfunction include injury to the penis. Chronic disease, several medicaments, and a state called Peyronie’s disease can also cause sexual malfunction. Even though this physic is not for use in women, it is not known whether this treatment passes into breast milk.