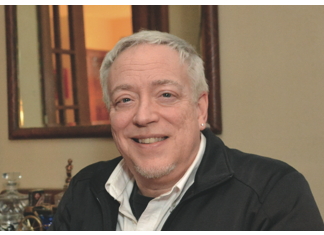 Former Mayor Craig Covey and Monica Mills began the annual Ferndale Pub Crawl 20 years ago in 1997. Now, after a long tenure of success, the event may be at risk of ending due to gentrification and corporate interest in other local events.

The Ferndale Pub Crawl is historically important in the modern story of Ferndale: Making the city more popular, wealthy and socially-endearing. Craig regaled Ferndale Friends with the history of the Pub Crawl, its impact on the city and its uncharted future.

“Before Ferndale took off in its renewal back in the early 1990s, there were only a half dozen bars downtown. Gays and lesbians began to move into the city in growing numbers, along with a few artists, musicians and other younger residents. A group of us in the gay community tried and failed to pass a gay rights ordinance through the city council in 1991. Later on, residents formed a gay residents association called FANS of Ferndale, which stood for “Friends And Neighbors.” FANS had three goals, which included increasing social activities for our community, civic engagement with the city through community service and volunteerism, and political activism from the gay and lesbian residents.

“We created the first pub crawl in 1997, and had about 35 people traipse around to all six or seven of the bars downtown, including Rosie O’Grady’s, Sneaker’s, Danny’s, Como’s, Tony’s and Doug’s Body Shop. We had so much fun we decided to make it an annual event. By 1999, we had straight people joining us, more bars opened like the Post and WAB, and we began raising money for charity.”

The annual pub crawl rapidly became a “thing” promoted by the whole city including the DDA. As new bars and clubs opened, like the Post and Club 9, they joined the crawl and the attendance grew every year. Traditionally the mayor of the city always sent off the packs of crawlers, and by 2009 the event was drawing 2,000 participants, more than 20 stops were included, and tens of thousands of dollars was raised for a variety of charities such as the Ferndale Community Foundation, the Ferndale Police Auxiliary, and the Midwest AIDS Prevention Project. The event was always the last Friday of July, and for many pubs it became their biggest night of the year. It was attended by chamber officials, city council members, and even city staff.

As changes came to the city, the charities and the businesses downtown went through change, and over the past six or seven years the annual pub crawl growth began to level off and then decline. Many of the new bars and restaurants chose not to join the event, and several of the original clubs stopped participating and instead began promoting more corporate events such as DIY Street Fair and Pig & Whiskey. As the city continued to gentrify, and support from the city establishment lessened, there was not as much interest in the traditional, grassroots-organized events that raised money for local charities.

“The annual Gay Pride Festival seems to be strong, and has new leadership and corporate buy-in. The annual Blues & Music Festival should also continue under new leadership. But the Ferndale Pub Crawl is at real risk of ending. After 20 years, it may just be a victim of its own success. Also, designed to promote the downtown and walk-ability, maybe it has successfully finished its tasks and accomplished its goals.

“Monica Mills and I announced a year ago that we were not going to manage the event after 2016. So, unless new, younger folks decide to make it happen, then at least that iteration of the pub crawl is done. We raised a quarter million dollars for charities and had a whole lot of fun. The city is now popular, walkable, inclusive, and has more than its share of bars and clubs. And the LGBTQA community got our social outlets, civic visibility, and political recognition.”