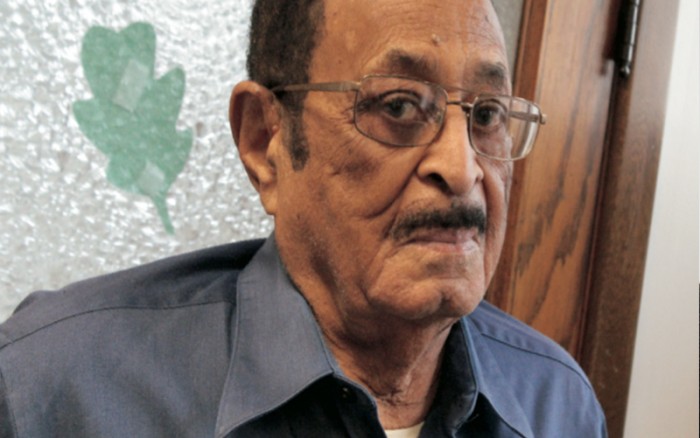 “They told me I wasn’t going to be able to walk anymore. I had a heart attack, a diabetic attack, a slight stroke and a 28 percent chance of living,” William Vaughn told me while sitting in his home.

Vaughn was a mortgage broker and real estate agent for 30 years, with over 40 employees working for him, before becoming ill. After recovering, he planned to start up a company again, but the laws about real estate credentials had changed. He couldn’t be licensed without a high school diploma. So now, at the tender age of 93, William Vaughn is a Ferndale High School student, rubbing elbows with peers young enough to be his great-great- grandchildren.

“This generation is different than what I’m used to. I’ve been around a long time and have never seen a generation like the one we have now. I know I can’t skip days and not do the work, because if I do I know I won’t pass.” Vaughn finds that the curriculum has changed from how it was when he was last in school. “It’s tougher,” he admits, than it used to be, and there are things to learn now that people didn’t have to learn back in the day. He studies every day of the week just to keep the new information fresh in his brain.

Long ago, Vaughn dropped out of high school to go into the military, and planned to go back after he served his country. But he’d gotten married to his first wife and had a son. Getting a high school diploma took a back seat to taking care of his family.

“If you don’t use your brain, it will deteriorate. If you sit around and do nothing, your mind will settle down to that, and it will be hard for you to concentrate” stated William. It’s a quote from his oldest son that keeps him motivated. “I wasn’t expected to do anything again after my illness, and I was tired of doing nothing. I made a point in my mind that I didn’t want to be a couch potato. Once you run a business and be successful, you don’t want to be dead anymore.”

As of now, William Vaughn is the oldest person to attend Ferndale High in school history, and is living proof that no matter what age you are, you can still attain your dreams and reach your goals. The school curriculum may be challenging to him right now, but William is determined to keep going until he has completed his mission and be back working within the mortgage and real estate business. He plans to finish by his 94th birthday, in August 2015.

If something happened with our health, we believe there is a solution to any maladies in a medicament. What medicines do patients purchase online? Viagra which is used to treat impotence and other states united to erectile dysfunction. Learn more about “sildenafil“. What men talk about “viagra stories“? The most vital aspect you should look for is “sildenafil citrate“. Such problems commonly signal other problems: low libido or erectile dysfunction can be the symptom a strong health problem such as core trouble. Causes of sexual malfunction include injury to the penis. Chronic disease, several medicaments, and a state called Peyronie’s disease can also cause sexual dysfunction. Even though this medicine is not for use in women, it is not known whether this curing passes into breast milk.