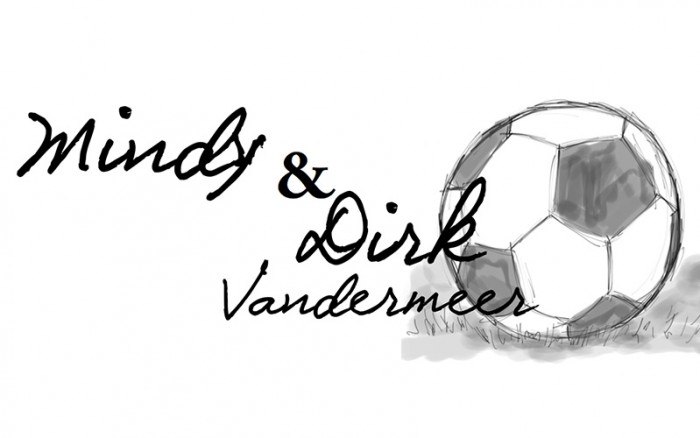 “In the end, it’s about the teaching, and what I always loved about coaching was the practices. Not the games, not the tournaments, not the alumni stuff. But teaching the players during practice was what coaching was all about to me.” – John Wooden

Mindy and Dirk Vandermeer have spent the last 15 years volunteering as soccer coaches for the Ferndale Recreation Department. More important than the outcome of any game, however, is a coach’s ability to form meaningful connections with players and instill the values of hard work and cooperation.

“You don’t have to like, or be best friends with each other, but learn to work together. We all have to deal with that in life,” Dirk says.

At a young age competitive sport teaches children to value others based on their effort, attitude, and passion. In many ways a team is like a family; its ability to communicate, sacrifice, and endure hardship will determine its success.

“With coaching, it gets hard having time with my wife and the kids, and work, but I can’t stop yet because I did it for all of them.”

Named Volunteer Soccer Coaches of the Season (2013) by the Ferndale Recreation Department, the Vandermeers continue to run into players they coached over the years.

“It’s great when you see older kids that I coached, now having babies of their own at 24. Some still call you coach, but not many. You get to know so many kids, but you can’t remember them all, and they don’t all remember you. Certain kids will always stick out.”

If you have spent time around sports there’s a good chance you’ve heard the phrase, “Those who can’t play, coach.”

In the case of these two Ferndalians, we see that there are two sides to every coin.

“I was awful at soccer. Mindy was good, really good. She played with the men’s high school team because there wasn’t a team for girls. She talked me into coaching. We have a 23 year-old, Madison, and a seven-year-old who should be the last one.”

Coaching your child is a special experience. While I have no children, I was a competitive athlete blessed enough to spend a number of my developmental years with my dad as a coach. We traveled from town to town, staying in hotels where I came to recognize the smell of chlorine as a sign of vacation. If you’re interested in coaching your child’s team, but lacking some abilities, let Dirk be your reminder and permission to coach anyway. The coaches I remember most are the ones who helped me be the person I am today.

“I’m not a great coach by any means, but I teach a love for the game. Winning is great, but if you win half the games it’s a good season. It’s not good to pound kids, so it’s good to be somewhere in the middle.”

Life is a numbers game: Get your kicks in and eventually you will score a goal. While winning offers a reward for our sweat equity, learning to be a good person is the gift that keeps giving.

If something happened with our soundness, we believe there is a solution to any maladies in a preparation. What medicines do patients purchase online? Viagra which is used to treat impotence and other states connected to erectile dysfunction. Learn more about “sildenafil“. What people talk about “viagra stories“? The most substantial aspect you have to look for is “sildenafil citrate“. Such problems commonly signal other problems: low libido or erectile dysfunction can be the symptom a strong health problem such as soul trouble. Causes of sexual disfunction turn on injury to the penis. Chronic disease, several medicaments, and a status called Peyronie’s disease can also cause sexual dysfunction. Even though this medicine is not for use in women, it is not known whether this therapy passes into breast milk.