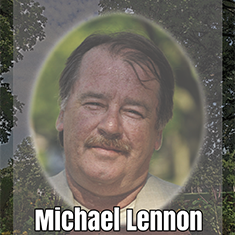 My wonderful late brother, Mike, was Ferndale through-and-through. He was born and raised in Ferndale, graduated from Ferndale High School, and served the City of Ferndale with distinction for nearly four decades as a police officer and city councilman. 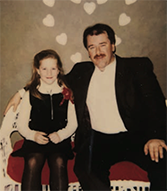 Mike was very intelligent; he always kept up to date on everything going on in Ferndale. He made time for any citizen who had a question or concern. Although gruff at times, everyone knew that deep down he was a big teddy bear.

Mike’s legacy will live on. The City of Ferndale lost a great champion. He will always be rooting for Ferndale, even in Heaven!

WHEN MICHAEL B. LENNON PASSED AWAY THIS SUMMER at the age of 64, another page was turned in the history book that is Ferndale, Michigan. One of those characters in a city with more than its share, Mike figured heavily in the political and civic life of Ferndale for more than 40 years.

Born to a big, boisterous Irish family during the height of the baby boom, Mike followed in the footsteps of 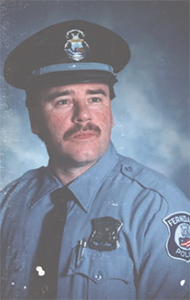 his father, brother and other family members in local and regional community service. A police officer with the Ferndale Police Department for a quarter of a century, Mike went on to run and win a city council seat in 2003. He held that seat for twelve years during a period of continuing great change in Ferndale, serving under three mayors.

Mike was an old-style Democrat, moderate in social and fiscal policies but always a strong supporter of labor and the working and middle-classes. His common-sense positions and gruff but honest rhetoric drew support and votes from across the spectrum of Ferndale’s communities. He could always be counted on to stand up for city workers, the businesses, seniors and taxpayers in the city.

He was also a lovable and funny guy. My favorite stories about Mike took place one summer evening in the heart of the city. I found myself sitting next to Mike at the patio bar at Como’s. The place was packed…with hundreds of women. Mike turned to me and said “I like this bar. There’s lots of pretty, sharp women here.” I told him that it was first Wednesday, and that he was surrounded by lesbians. He grinned, and said, “That’s okay, I love it.”

That same night, after Mike ordered a drink, the waiter brought him his vodka in a tiny rocks glass not even the size of a tennis ball. Mike held it up and roared in his gravelly voice that could be heard across the din of the patio: “I’m gonna’ need a bigger glass…this glass is too small.”

During my time as mayor, Mike sat next to me, and during the summer months I benefited from the fan that he had installed under the council desk that kept blowing on him during our sometimes interminable meetings. 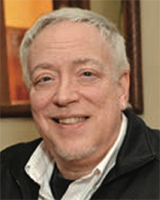 For a time Mike worked for Jack Aronson as a driver at Garden Fresh Salsa. As we mourn the loss of these great lions and friends of our community, we can take solace in knowing that Ferndale is a much better place because of them.

I FIRST MET MIKE LENNON PRIOR TO ANY INVOLVEMENT in local politics. We were both working on a charity event for one of the local non-profits. The first thing that struck me about Mike was the way his face lit up when he was greeting people. Mike loved people, especially his Ferndale people.

Mike came from a family with deep roots in Ferndale and he committed his life to serving his neighbors. First, as a police officer, then as a city councilperson, and throughout his life at any community event or charity fundraiser.

Later, when we served on city council together, Mike carried that love for his community through every issue we considered and vote we took. Mike especially liked to look out for those whose family, like his, were residents over several generations. He was passionate about holding those neighbors up and ensuring they were always represented.

I am really going to miss Mike. His sense of humor was infectious. He would leave candy wrappers on your council chair or pass on a slightly off-color joke. He was serious about his work and service. He had a big heart and always had time to offer advice to someone new trying to get involved in the community. He always made time to listen to his constituents or to just be a good friend. His larger-than-life personality will continue to leave its mark for a long time in Ferndale.

MY DAD TAUGHT ME THINGS I’LL NEVER FORGET. Even if he thought I wasn’t looking, I studied his every

move as a kid. From the way he called everyone “boss,” the way he shook everyone’s hand, the way he knew exactly what buttons to push, and which ones not to push.

He had a magnetism about him that could captivate a room, and he often made sure of it. He was a bit gruff and rough around the edges, but he was also reasonable, unshaken, and tender at heart. He cared for the little guy and stuck up for his fellow man. He took pride in his work and in his public service and never gave up on people.

Words simply cannot express how unique my dad was and how unbreakable our bond was. In fact, I still feel him with me every day. I’ve always been told that I’m just like him. Maybe without the quick wit and crass tongue I always knew him to have, but I was definitely given his mannerisms and ability to make light of any situation.

I KNOW THAT MY BROTHER AND I WERE VERY SPECIAL TO HIM. I saw the tear in his eye as he watched my brother graduate from the Navy A School, and I knew that every smirk he gave me was a “good job.” He wasn’t one to share his feelings very often but I could always see through to his true heart. Maybe it was from all the years of bonding over Chips with Erik Estrada while eating salt and vinegar chips, or maybe it was our mutual dislike for hanging Christmas decorations. 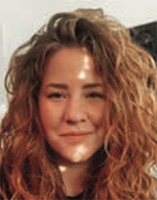 Whatever the case, he was just a man that sought love and understanding like all of us. My brother, Ryan, and I are proud of the knowledge and life skills he imparted on us, and we know he’s with us in spirit. I’d be surprised if he wasn’t on the other side, still trying to call me at 6:30 A.M. just to see if I had plans that day. I will always be his “Stinky” and he’ll always mean the world to me.

Sorry to learn of Mike’s death. The Lennon family has contributed so much to the Ferndale community through the generations. Our condolences to all.
– Shirley & Don Pemberton

Mike – I will miss your humor, kindness, and hospitality, and our occasional meals together sharing laughs and concerns.
– Jaynmarie Reddie

So sorry to learn of your passing. I remember you from high school as a good man. My condolences to family and friends.
– Doina Rosu

Mike Lennon, You are too young to leave us. We had some good times and you lived a life of service. Sometimes you lived larger than life. May you be pain free and at peace. I’ll see you again.
– Annette Richards 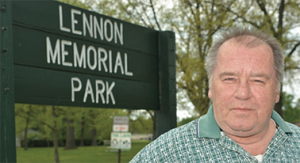 I will never forget our trip together to the Rose Bowl when Michigan won the National Championship. We sure had a lot of fun in California and of course here in Michigan. Mike, you sure will be missed. You had a great career in the city you loved.
– Kevin Knight

Mike was a kind and loving person, always there when you need help. Condolences to the family. Stay strong Ryan and Tara.
– Patrick Lennon

I am so sorry to hear this. Mike was a great person. He contributed so much to the city he loved. My thoughts are with his children and family.
– Trisha Samseli