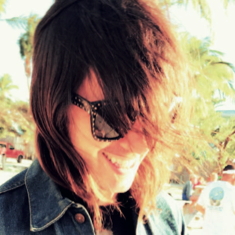 BOBBY EMMETT IS A TALENTED COMPOSER AND MUSICIAN FROM THE DETROIT AREA who originally played in a band called The Sights. When he decided to pursue a career in music, he moved to Nashville, Tennessee, and it didn’t take long for success to come.

“I moved to Nashville around 2012 to take a break from the treadmill garage scene, and work and play on Sturgill Simpson’s first record,” he said. “The day I got to Nashville, coming right off the freeway, Dan Auerbach was in the parking lot of the bar I arrived at. He hired me to play on a song, which turned into several full albums with him.”

Soon after that, Emmett was doing sessions for Dave Cobb in the morning, and Auerbach in the evening. “I sort of hit the ground running,” he said. “Those studios are insane. The coolest. I also made a soundtrack to a film that won an Emmy.”

Emmett spent a couple of years playing on records in Nashville. He was involved in what he describes as “some really cool stuff,” including working with John Prine, Kurt Vile, Bombino, The Arcs, Chris Hennessy, and Cowboy Jack Clement’s final album. “I also got a call from Rick Rubin to do a record with him. That recording session was hilarious,” he reminisced. When he began to work with Simpson, they opened for Guns N’ Roses and even made an appearance on Saturday Night Live. “Sturgill’s stuff started getting big and he asked me to tour with him,” Emmett said. “We made another record that won a Grammy for Country Album of The Year last year.”

EMMETT IS STILL PLAYING WITH STURGILL. He also recently produced and played on a new record for a band called Welles. “I am back in Michigan now, engaged to the love of my life,” he said. Emmett lives in Hazel Park and is pursuing another passion-project. “I bought a condemned house and completely gutted the entire thing, rebuilt everything. It was a true test of will power, standing on a dirt floor swinging a sledge hammer for a year with snow coming in the windows, no heat or water, and no end in sight. It turned out really beautiful, though. Never worked so hard on anything in my life.”

He’s also been spending some time on a project with this partner, saying, “My favorite thing that I am doing right now is with my fiancé. We have a project called Monster Fighters. It’s both of us singing and playing mostly everything, very ‘60s rock ‘n roll influenced. We work really well together. The stuff is really special to me.”

As far as future plans, Emmett said he played at Fuji Rock Fest last year in Japan, and brought home “this thing called a Daruma Doll. The concept is you color in one eye, write a goal on the back of the doll, then color in the other eye when the goal is achieved.” The goal the couple has in mind is to make a song together as Monster Fighters with a focus on getting a TV/movie sync to pay for their wedding. He explained, “So we plan on doing that, and having a family. We are always working on really cool music – doing her solo record now, too, which is sounding incredible. I also have a record of my own in the works. Never ending. I’m still trying to work my way up to getting a DMA nomination –maybe one day.”