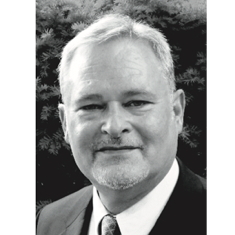 Q: MY DAUGHTER PLED GUILTY TO A CRIME and her sentencing was delayed by the court. Now some friends of the accuser are sending text messages and snap chats with her picture and claiming she is on the run. Isn’t it a crime to harass someone by phone?

ANSWER: It’s important to look at the law where you live or where the crime is happening. Under Michigan state statutes, it is a crime to maliciously use a telecommunication de-vice to do any one of seven things, including threatening harm to a person or their property, falsely reporting their injury, and so on. But posting on social media that your daughter is “on the run” is probably not enough by itself to get any action under state law.

Some local communities have local laws that affect the answer. For ex-ample, the Ferndale City Code makes it a misdemeanor to use a phone to harass others. Other suburbs have similar ordinances that forbid repeatedly calling and hanging-up and similar activity.

Our local Ferndale ordinance says “A person is guilty of telephone harassment if he or she, by means or use of the telephone, disturbs or tends to disturb the peace, quiet or privacy of any other person or family by repeated and continued anonymous or identified telephone messages, intended to harass or disturb the person or family to whom the call is directed; etc.”

Under this local ordinance, a city attorney probably could decide to prosecute the harassers. Bear in mind, however, that they may consider your daughter’s criminal status against her, and may not be inclined to bring criminal charges. Whether the person posting made a mistake or intentionally lied might also be a factor.

Personal Protection Order (or PPO) is a civil order, issued by the circuit court, that can be obtained to protect a person from harassment and threats. Generally, three or more incidents are necessary and the person seeking the PPO has to be “reasonably fearful” for themselves, their property, or others to get a PPO.

Making a “statement of fact that is false in some material respect” is called “slander.” Slander is a civil action. No crime is involved. If the statement is a false claim that the target committed a crime, or has a contagious sexual disease, then the statement is “slander per se” and the victim does not have to prove

they were damaged. Falsely accusing a person of being “on the run” from the court is a false accusation of a crime. Your daughter might be able to win a civil action for damages for slander, but the time and cost of bringing such an action and the amount you expect to get in return are important parts of the decision.