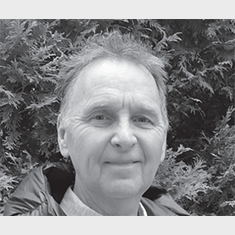 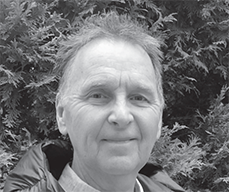 JERRY HASSPACHER ADVOCATES FOR MORE AWARENESS AROUND CLIMATE CHANGE and other environmental issues. Since 2009, as a board member of the Sierra Club Southeast Michigan Group, Hasspacher has delivered 184 Climate Change & You presentations and with more to come.

Climate Change & You is a free presentation covering a variety of topics related to the environment about which the public should be more aware, according to Hasspacher. Topics include renewal energy, energy conservation, problem weather and severe weather, permafrost, sea level rise, acidification of oceans and lakes, loss of biodiversity, an increase in disease, pollution from all sources, and others.

Through the Sierra Club, Hasspacher has offered his expertise in a variety of settings, including libraries, schools, clubs, City Council meetings, and many others. “I can travel just about anywhere in Southeast Michigan,” he said.

“JUST THINK, IN GENERAL, the European Union has banned 379 chemicals and the U.S. has banned only 11,” he said.

“Michigan now has an administration that has stepped up, but not a legislator,” Hasspacher said, “So it’s largely left to local governments to do something.”

Hasspacher is very involved in Warren, the community in which he resides, in general, as well as throughout the tri-county area. He is on the Citizens Advisory Committee to the Southeast Michigan Regional Transportation Authority, is a member of Beaumont’s Healthy Grosse Pointe & Harper Woods, a member of SEMIWILD, and a citizen member of Warren’s Environmental Advisory Committee and WarrenSUN.

He stated, “I’ve had a passion for environmental issues since I was very young and used to go camping.” Hasspacher also credits his careers in public school teaching and nursing for laying the necessary public speaking groundwork.

“I always say the two degrees are left- and right-brained,” Hasspacher said. “Nursing gave me the science background. And when I was a teacher I led an environmental club and the band boosters, both of which gave me valuable public relations experience.”

IN HIS FREE TIME, HASSPACHER ENJOYS PLAYING BADMINTON AND VOLLEYBALL, and riding his bike. His favorite ride is the 30-mile Beat the Train event that takes place in Detroit Saturday mornings at 6:30 A.M. throughout the riding season. Asked what else readers should know, Hasspacher offered, “They should know that on April 21, 2020, Earth Day will be celebrating its 50th anniversary, and it just so happens to be the same day as the Lyrid meteor shower and a night of ‘no moon.’ So, the showers will be highly visible.”

For more information about the Southeast Michigan Sierra Club, stop by a meeting at the Royal Oak Elks Lodge, 2401 E 4th St, Royal Oak, MI 48067, Thursday nights at 7:00 P.M. (a meet-and-greet takes place 6:30 P.M. to 7:00 P.M.). For more information on Climate Change & You and or to book a presentation, email jhasspac@gmail.com.