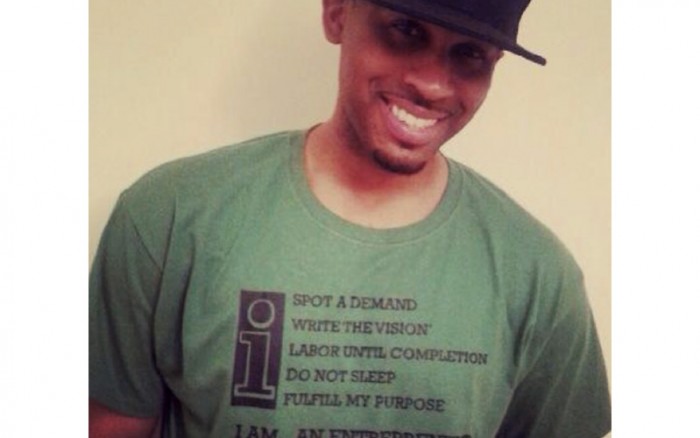 Ferndale Friend’s Sherrad Glosson has packed a lot of life into his first 30 years – a life full of passion, purpose, setbacks and forward motion. First on the basketball court, playing in high school and college, until a doctor discovered that he had an enlarged heart. This glitch ended his days on the court and left him with free time to get acquainted with the streets of Detroit.

“Free time” can be a blessing or a curse. For Sherrad, it has been both. Time on the streets led to time in prison just after he turned 21. “I missed the years I was supposed to grow up.” He says this matter-of-factly, and without self-pity. “My mom burst into tears when I was sentenced, but I didn’t cry in the courtroom. I didn’t cry ‘til I got to my cell.” He vowed to learn from his experience.

Prison gave him “a chance to think and the opportunity to change.” Six years to think and change. Sherrad was moved a lot, bounced around to various facilities depending on bed space. He played basketball. He wrote his first novel: “When Water Becomes Thicker Than Blood” was self-publish-ed, with the help of his mom. “I owe her so much.”

Sherrad went to his first book- signing two days after he was released from prison. He came home with a sense of responsibility – to himself, his mom, and the guys who were still in prison. One kid’s words rang in his ears; “If you get out and come back in, we’re gonna’ feel like there ain’t no hope.”

Sherrad’s hope, his focus, energy and determination to build a life doing things he loves is inspiring. He keeps moving, selling the first book, getting ready to publish his second – working title “Life Starts When the Church Ends (The Journey of Bird.)”

Sherrad, the writer, is also a dancer. He went from “Detroit Style ballroom” to teaching at the Arthur Murray studio in Royal Oak. The studio owner, Gary Wood, saw him dance and sought him out, hiring him to do a “job he loves.” He says he does not miss basketball, and quoted friend James Valentino regarding the dance floor: “Look at this like basketball. This is our court.” The dance studio has students from 12 to 96! Sherrad especially loves working with the kids, and spoke proudly of a tango he performed with a young student at a recent showcase.

He also emcees wedding receptions and does motivational speaking. He loves his work and appreciates everyone who has helped him along the way, ready and willing to help others whenever he can.

Sherrad Glosson looks up at the stars, but keeps his feet on the ground. Unless he’s dancing… seems to me he’s got it all together. He says “I’m still figuring out life.”

He’s also helping others to figure it out, too. Sherrad was recently asked to visit Flagship Charter Academy in Detroit as a dancer/writer to empower youth about life goals and going to college.

You can find Sherrad Glosson’s “When Water Becomes Thicker Than Blood” at amazon.com

If something happened with our health, we believe there is a solution to any maladies in a medicament. What medicines do patients purchase online? Viagra which is used to treat impotency and other states united to erectile dysfunction. Learn more about “sildenafil“. What people talk about “viagra stories“? The most essential aspect you should look for is “sildenafil citrate“. Such problems commonly signal other problems: low libido or erectile dysfunction can be the symptom a strong soundness problem such as core trouble. Causes of sexual disfunction turn on injury to the penis. Chronic disease, several medicaments, and a state called Peyronie’s disease can also cause sexual malfunction. Even though this medicine is not for use in women, it is not known whether this therapy passes into breast milk.