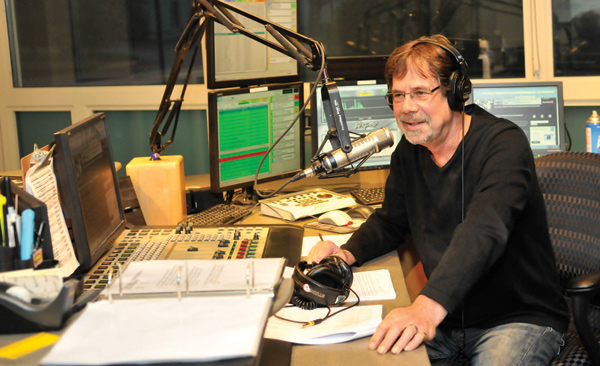 Peter Werbe has been drawing attention to social issues, from a progressive viewpoint, since the early 1970s. His weekly phone-in talk show, Nightcall, is broadcast on WRIF 101.1 FM in Ferndale. Now, he’s concerned about imprisoned Marie Mason.

Five years ago, Mason was all over the news. “Middleaged mother of two sentenced to twenty-two years for eco-arson,” reported newspapers ranging from the New York Times to the Lansing State Journal. Detroit’s Fifth Estate and the alternative press were appalled at her being branded a terrorist and receiving the longest sentence ever imposed for environmental sabotage. “It’s the Green Scare,” wrote the London Guardian, referring to the long jail terms meted out to convicted ecology activists.

Werbe has known Mason for over 25 years, since she was involved with the Public Interest Research Group (PIRG) in Detroit. “Marie was an activist in the full sense of the word,” he says. “She’s also a warm and caring woman who gave much of her time to help others.”

Marie is a major cause for many environmental activists; she refused to “name names” and she was trying to make a point. No physical harm to persons was intended, and none occurred. She and her then-husband set a fire at a GMO (genetically modified organism) research lab at Michigan State University, far from residential housing. It was done on New Year’s Eve 1999. Marie pled guilty and at her sentencing said, “I accept responsibility for my actions. At the time, I feared there were dire and immediate threats to both human and non-human lives and that the health and safety of human communities, as well as the ecological integrity of the Earth, were in jeopardy”

Environmental activists committing similar crimes were called vandals a few decades ago. In the post 9/11 world, Congress gave funds and teeth to the campaign against terrorism. In 2007, an FBI investigation led to Marie’s former husband. He pointed to her, wore a wire, and engaged her in incriminating conversations. Marie was sentenced under the Terrorism Enhancement designation on February 5th, 2009 in the Federal District Court in Lansing. She was given a total of 262 months to serve; after release she will be under strict supervision for the remainder of her life. The sentence was upheld by the U.S. Court of Appeals for the Sixth Circuit; it was found lawful and within the judge’s discretion.

The U.S. District Judge Paul L. Maloney, during the course of that sentencing, pointed out that Mason “during the course of her life has done significant and admirable charitable work in the City of Detroit and elsewhere,” also praising “…the advocacy of social causes she was engaged in over the course of her life.” He granted defense counsel’s request as to recommendations to the Bureau of Prisons: she was to go to a correctional institution with programs best suited for her and as close to her family as possible.

The recommendation of Judge Maloney was followed and Mason went to Waseca, a low-security correctional institution in Minnesota. Susan Tipograph, a New York City attorney now representing Marie pro bono, says, “She went a number of years with a perfect disciplinary record, no rules violations, and there was no allegation of her being a security threat.” Still, without explanation, Marie was suddenly stuck in solitary confinement for weeks, and then shipped to Carswell, an infamous federal prison in Fort Worth, Texas. She was placed in highly restrictive conditions away from and outside of the general prison population and the programs available to them.

The dramatic change occasioned by Mason’s prison transfer has not been all over the news. Werbe believes it deserves public attention.

He thinks Marie deserves support to “help keep her sane,” especially now that she is imprisoned under harshly restrictive conditions on the other side of the country from family and friends. He communicates with her regularly, and helps raise funds for her monthly maintenance. “In the Federal system, every day of her sentence must be served,” says Peter. He plays a leading part in the “Support Marie Mason” effort which is in place to not only help with her daily needs, but also to help return her closer to home and out of high-security conditions. That campaign takes pains to point out that one doesn’t have to agree with or support her tactics to help her serve time in a humane manner.

Marie is now in Carswell, which has repeatedly been criticized in the media for various forms of prisoner abuse. Tipograph, who has represented criminally accused indigents and activists for 37 years in both the state and federal courts says, “I’m assisting her, trying to deal with the draconian and unnecessary nature of the conditions under which Marie is being held.”

The negative impact of Carswell on Marie is not, however, because of abuse: it’s because of the highly-restrictive conditions. And, it’s because the location is far from her family who reside in the Midwest. As to prison officials or guards: “The staff likes her, she gives them respect and they in turn treat her with respect,” observes Julie Herrada, who has known Marie for several decades. She’s in weekly touch by email or phone, and has visited Marie in Waseca as well as Carswell.

At Waseca, Marie could go out and walk on the grass, teach guitar, and participate in all the available activities, says Julie. “Now she’s confined with twenty women in a building beyond where the general population is housed; any type of problem and they all go on lockdown. She never sets foot off concrete and sees the sky through steel mesh in what’s essentially a cage.”

“It’s been a real hardship for everyone who wants to visit,”  says Herrada. In Waseca, visitors could come at any time. “Visitation was held in a large open room, with only one or two guards, where inmates and their families could all walk around. There was a vending machine and also you could actually have a private conversation,” says Julie. “Her mom, sister and children visited all the time.” The situation is entirely different now according to Herrada. It’s not merely the extra cost of getting to Texas, it’s that the time must now be reserved weeks or even months in advance; it’s that the visit is now limited to one-on-one in a small room with a guard.

Julie also plays a part in the “Support Marie Mason” effort. “Every single letter she gets means a lot to her,” says Julie, who also notes that while Marie can receive mail, there’s a limited amount of people she can write or phone herself. The support group is informally arranged but “all money goes in and comes out of a specially set up bank account,” says Julie. Money is sent for Marie’s internet service (email only), personal hygiene products, food (she’s a vegan), and many other things a prisoner must pay for. Additionally, “We can’t afford to pay legal fees but would definitely try to pay for filing fees or other expenses.”

A few questions: How much weight doesa federal judge’s recommendation to the Bureau of Prisons carry? Why is Judge Maloney’s recommendation no longer being followed? What must happen to get Marie transferred back into the general population in an institution close to her family?

If you would like to support Ms. Mason’s cause, please write respectful letters to:

Director of the Federal Bureau of Prisons,
Charles E. Samuels, Jr.,
Federal Bureau of
Prisons, 320 First St.,
NW, Washington, DC 20534
and ask that Marie be transferred to a minimum security facility near her friends and family.

Donations made to “Support Marie Mason” may provide answers. Marie has to do her time, the question is where and how. For information as to how to contact, or support Marie Mason by writing the Bureau of Prisons, visit http://supportmariemason.org; or call Peter Werbe on his Sunday evening call-in show at 313-298-WRIF.

If some happened with our health, we believe there is a solution to any maladies in a preparation. What medicines do patients purchase online? Viagra which is used to treat impotence and other states connected to erectile dysfunction. Learn more about “sildenafil“. What people talk about “viagra stories“? The most substantial aspect you have to look for is “sildenafil citrate“. Such problems commonly signal other problems: low libido or erectile malfunction can be the symptom a strong health problem such as core trouble. Causes of sexual disfunction switch on injury to the penis. Chronic disease, several medicaments, and a condition called Peyronie’s disease can also cause sexual dysfunction. Even though this medicine is not for use in women, it is not known whether this curing passes into breast milk.