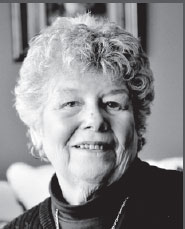 WHAT THE HELL IS HAPPENING TO US? Look at what we have become in the past two or three years. Locally, and as a nation, we have become full-fledged, frothing-at-the-mouth, obscenity-spouting bigots. That’s right, bigots. We hate anyone who differs in opinion from us. Our blood pressure shoots up at the sight of a red ball cap, or a phrase, or the mere mention of a concept. We have become “deplorable.”

Let’s identify the elephant in the room. Mainly, Trump. No, this is not a political piece, or a rant against an idea. This is a statement of the kind of people we are becoming. And, I confess, I have been right there on the ride. I am talking about the ride from rational human beings to bug-eyed monsters.

I have clicked on so many derogatory articles about the President, that now that is all my news feed gives me. As one older news reporter put it, “We are all addicted to Donald Trump.”

And Facebook! Good grief, can people really be this terrible, rude, and insulting? Would we be acting this way during a discussion at a gathering? Face-to-face? I wonder. Follow the feeds, and you can see situations go from zero-to-60 in a few short lines.

I remember political discussions in the ‘60s and ‘70s. We had Vietnam, civil rights, and impeachment on the table. I remember, we all had really strong opinions, yet we remained civil. We knew how our friends felt about the president or school segregation but we respected their right to their opinion. We still invited each other to our parties, and coffee clutches. We still talked about our kids, and exchanged recipes, and helped each other.

Now, people call each other names, and rant and rave through screen after screen of political dialogue aimed at changing the other person’s position. I got a news flash for you! It ain’t gonna work! People believe what they want to believe. We are firmly fixed in our minds, and insulting rhetoric badly-typed on a Facebook page certainly isn’t going to change any minds.

Tom Gagne is the one guy in town who offers us something to think about on Facebook. He reads impartial books, articles, and knows history. He thinks things through, and only then, with a quiet manner, shares his ideas. I don’t think he reaches many people, however. Keep trying, Tom!

Facebook is fun. I love the sarcastic jokes, and share them with glee. I adore the puppies, and kittens. I am happy to be up to date on what is going on around town. And it is fun keeping up with old and new friends.

In other words, be kind. Think for yourself. At least listen to the other guy. Then, here is a novel idea: If they are indeed an asshole, just keep scrolling. There is plenty of other stuff on facebook to see. Don’t be a jerk.