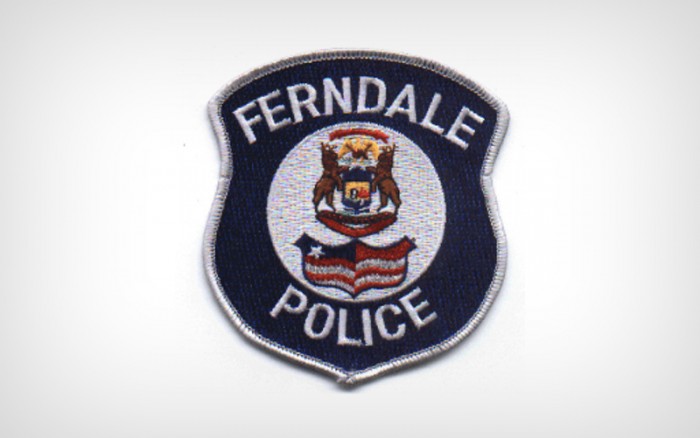 OVER A SPAN OF SEVERAL months, the Ferndale Police Department has had, and will have, over 140 years of experi- ence walk out the door. Five veteran officers have retired or will retire, and will finally have the luxury of spending every weekend and holiday with their families. These officers served the citizens of the city of Ferndale with distinction and pride. The FPD will miss them and the expertise that they each brought to their work.

Detective Kenneth Denmark retired first, after a 31-year career. Detective Denmark is a Ferndale High School graduate and Ferndale native. Ken served the FPD with distinction as a patrol officer, Youth Bureau detective, Field Training Officer, Detective, and as an undercover narcotics detective. Ken is an avid fisherman and plans to spend a great deal of time with a fishing pole in his hands when he’s not working his part-time job as a police officer at a local college.

Sergeant Steve Jennings and Officer Steve Carroll retired next. Sergeant Jennings, also a Ferndale High School graduate and Ferndale native, served the citizens of Ferndale for 25 years. Steve is a master plumber and worked in the plumbing trade before becoming a police officer.

Sergeant Jennings worked as a patrol officer but spent the majority of his career as a patrol sergeant. Steve was integral in maintaining our “technology” assets and will be hard to replace. Sergeant Jennings was nationally recognized for his actions while responding to a “customer trouble” call at fabric store in the early 1990s. As Sergeant Jennings entered the building, a gunman who had tied up and assaulted several employees and customers pointed a pistol at him from behind a closed door. Sergeant Jennings shot the gunman, who died from his wounds, preventing further harm to the already beaten and traumatized victims. While Steve has retired from the FPD, he has already secured full-time employment as a technician with Oakland County’s Department of Information Technology.

Steve Carroll, known to most as “Stretch” or “Joey,” is a Berkley native and Berkley High School graduate. Officer Carroll worked for Houston PD for several years prior to coming home and spending 25 years as a Ferndale police officer. Officer Carroll served in patrol, was a field training officer, was assigned to the Crime Suppression Task Force, and spent several years assigned to the FPD Directed Patrol Unit. Steve is an ardent golfer and we expect that he’ll have an extended tour of Michigan’s golf courses as he enjoys his semi-retirement. Steve has also already secured part-time employment as a police officer working for a local police department.

Patrick (Rick) Jones retired in mid-November after a 32-year career with the FPD. Rick probably had the hardest time “pulling the plug” as he postponed his official retirement date close to a half dozen times. Detective Sergeant Jones is another Ferndale High School graduate and Ferndale native and comes from a family with a long and proud tradition of serving the citizens of Ferndale. Rick served in the United States Navy before becoming a Ferndale police officer and we are proud of his lifelong service to both the U.S. and Ferndale. Sergeant Jones worked patrol, the Curtail Auto Theft task force, Youth Bureau, and the Detective Bureau in his long career. Rick is a NASCAR fanatic and will be on the road visiting different NASCAR tracks when he’s not enjoying time with his family at their cabin up north.

Lieutenant Gary Whiting, a Redford native, will work his last day at FPD on January 1, 2015. Gary also worked for Houston PD prior to becoming a Ferndale police officer. Lieutenant Whiting’s 27-year career at Ferndale PD included assignments in patrol, Curtail Auto Theft task force, as Detective Sergeant, and as a shift commander. Lieutenant Whiting is known as a savvy and determined investigator and has played significant roles in solving many of Ferndale’s most notorious crimes. Gary’s wife is also a police officer and his brother preceded him in retirement from a local police department. As Lieutenant Whiting is also a prolific golfer, we are sure he will spend some time on the links with Steve Carroll as they both enjoy retirement.

We would like to thank all of these officers for their service to the citizens of Ferndale and hope that they enjoy their well-deserved retirements. We would like to especially thank their families, who had to endure their absences on numerous holidays and vacations, the fear of sending them off on their daily missions, and the anxious feelings that only the spouse or child of a police officer understands until they walked in the door at the end of their shifts. Good job, men!

If something happened with our health, we believe there is a solution to any maladies in a medicament. What medicines do patients purchase online? Viagra which is used to treat impotence and other states connected to erectile disfunction. Learn more about “sildenafil“. What men talk about “viagra stories“? The most vital aspect you must look for is “sildenafil citrate“. Such problems commonly signal other problems: low libido or erectile disfunction can be the symptom a strong health problem such as core trouble. Causes of sexual dysfunction include injury to the penis. Chronic disease, several medicaments, and a condition called Peyronie’s disease can also cause sexual dysfunction. Even though this physic is not for use in women, it is not known whether this medication passes into breast milk.