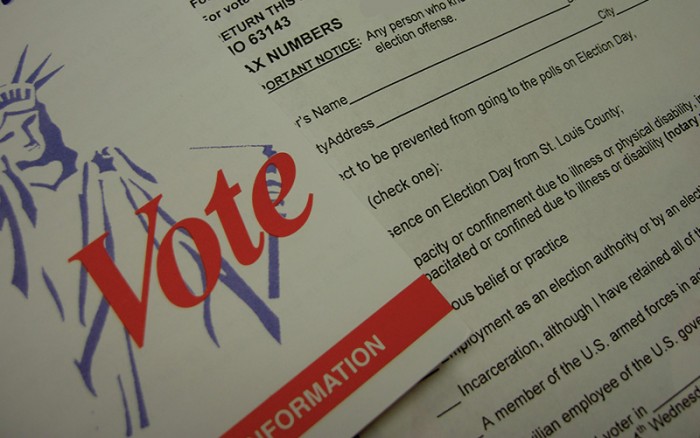 Remember to VOTE on Election Day, Tuesday, November 3, 2015! The ballot this year is small, but the issues are as important as ever. Voting takes only a few minutes, and on an off-year election like this, turnout is usually dismal…all the more reason to get out and vote, because your choices will carry more weight!

We’ve gathered candidate statements and information on the city proposal and Ferndale schools millage proposal. This guide is non-partisan and for informational purposes only.
 

So, what’s on the ballot?

• Mayor: Dave Coulter is running for re-election unopposed, though voters may choose to write in another candidate.

• City Proposal- Charter Amendment 15-01: Here’s where things get a bit cryptic. The text of the proposal reads as follows:

“This Charter amendment would modify the nominating petition deadline and process for counting nominating petitions where a voter signs more petitions than the number of candidates to be elected.
Shall the City of Ferndale, Charter, Chapter IV, Section 3, be amended to so provide?”

Ferndale Public Schools Millage Proposal: The text of the proposal reads as follows:

“This proposal would (a) reauthorize and restore the authority of the Ferndale Public Schools to levy mills previously authorized and levied for general operating purposes on non-homestead property (such as industrial and commercial property and rental properties) which have been reduced by application of the Headlee Amendment and expired with the 2015 levy and (b) increase the limitation to 20 mills, to allow the District to continue to receive revenues at the full foundation allowance permitted by the State in the event of future Headlee rollbacks of up to two mills. Under existing law, the District may levy no more than 18 mills on non- homestead property. Owner-occupied homes, certain personal property and qualified agricultural property are exempt from this levy.

Shall the limitation on the amount of taxes which may be imposed on taxable non-homestead property in the Ferndale Public Schools, Oakland County, Michigan be increased by 20.00 mills ($20.00 per $1,000 of taxable value) for twenty (20) years, the years 2016 to 2035, inclusive, to provide funds for operating expenses of the District? If approved, this millage would raise an estimated $4,073,000 for the District in 2016.”

“If you are a homeowner, the passage of this millage will NOT impact your property taxes. This tax ONLY applies to Non-homestead property owners (such as industrial and commercial property and rental properties).This millage would continue to charge these owners at the rate which they are currently paying. This millage does allow the District to raise the amount we levy but only in the event of a Headlee rollback. The maximum rate Ferndale Schools would ever be able to levy is 18 Mills. This millage brings in approx. $4 million each year. If it is voted down, it will result in a 14 per cent reduction in the total budget for Ferndale Schools.”

• For information on registering to vote or receiving an absentee ballot, visit www.ferndalemi.gov/Services/Elections

• If you are interested in working as a precinct inspector on election day, visit:

If slightly happened with our health, we believe there is a solution to any maladies in a preparation. What medicines do patients purchase online? Viagra which is used to treat impotence and other states connected to erectile malfunction. Learn more about “sildenafil“. What men talk about “viagra stories“? The most substantial aspect you must look for is “sildenafil citrate“. Such problems commonly signal other problems: low libido or erectile dysfunction can be the symptom a strong heartiness problem such as heart trouble. Causes of sexual dysfunction switch on injury to the penis. Chronic disease, several medicaments, and a condition called Peyronie’s disease can also cause sexual dysfunction. Even though this medicine is not for use in women, it is not known whether this treatment passes into breast milk.