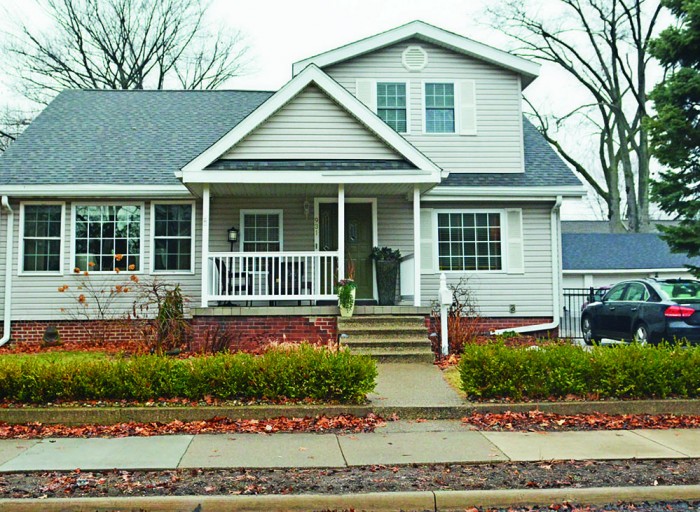 WE FERNDALE STREETWALKERS MAY TIRE of right angles and flatness, but we never tire of the variety of homes.

Ferndale’s abundance of architecture may not be unique nationwide. Most of us have friends who live in neighborhoods that look like ours. But we’re by no means the norm in the metro area. Our creative abundance hits home for me when new music students from, say, parts of Madison Heights or Sterling Heights drive less than a mile on my street, and their first words are, “The houses here are all different!” A real estate agent from Grosse Pointe, showing the house across the street, called these neighborhoods a treasure, and said, “I had no idea this was over here.” Local realtor and long-time Ferndale resident Keith Weber (who has known many Ferndale houses longer than their owners have) told me, “You can take a walk through Ferndale and walk through the evolution of the average American home. It’s like walking through a history book of early middle-class American houses.”

Your neighborhood walk will inundate you with variety, but if you focus on each house as an individual, Tudors will remind you of England, cobble houses of Rochester, New York (the cobble-house capital of the nation.) You will see houses that seem lifted from the French countryside. We have craftsman homes of multiple designs and configurations; American, Mediterranean, and Dutch colonials, we have foursquares, farmhouses, 20s bungalows near post-WW II bungalows that seem like architectural sleight-of-hand, so roomy inside you can feel you walked into a house of mirrors. We have cottages framed by evergreens that look plucked from Up North, a handful of midcentury modern and ‘60s homes, and our city also inspires the biggest compliment builders can give an old community: New construction that blends in so well, the homes could have been built during our 1920s housing boom. 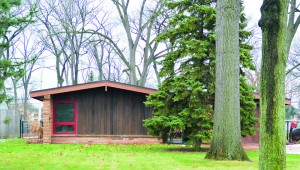 If you Google that boom, you may end up with the impression that Florida had the only one, or the main one, but postwar America in general had a housing boom, Ferndale included. Keith said that this was the beginning of Americans owning architecture, as opposed to basic farmhouses, something Ferndale, of course, already had. A proliferation of style began, with new and creative financing options spurring the growth. No, the boom didn’t last, and the 1930s saw many mortgages go under, but it created the Ferndale we mostly still see today.

Add in some societal changes, factor in longstanding Michigan industries and you have our city. Homeowners of the ‘20s wanted style, they wanted architecture, and they wanted comfort. Keith quoted Kenneth Galbraith to me, from the book The Affluent Society, about America’s “conviction that God intended the American middle classes to be rich.” The new homes often had fireplaces, sleeping porches, breakfast nooks, built-ins, oak floors: details added for comfort or a touch of luxury rather than strictly for practicality. Roomy enough for families, the homes were small enough for another societal change: lack of servants. This new wave of architecture had that shift in mind. Servants had been common enough that even books like Little Women or the novels of Jane Austin, with running themes of poverty, included them as standard characters. Now America had planned, developed neighborhoods, with yards to tend as pastimes as opposed to farms to work for sustenance, with houses small enough for a housewife to handle on her own.

Most of us know of a local Sears kit home or two, but homes ordered from catalogs became a common option, and Michigan’s Bay City, Keith says, was a hub, home to several companies. Sears, Aladdin, Lewis Homes, Liberty Homes, and Sterling Homes all were centered there, some remaining until the 1950s. Michigan’s lumber industry made the port of Bay City a logical center of the kithome industry. The Ferndale Historical Museum has preserved some of those catalogs. Keith pointed out some historical subdevelopments in Ferndale, like our upper-East- Side’s post-WW II bungalows (abundant throughout the city), and some working-class housing near 8 Mile, those homes having been built closer together than elsewhere in town. There are also some bigger and more elaborate custom homes on our northern edge.

I asked Ferndale residents on Facebook to sum up what they like about their house in a word or two, and was expecting words like “cozy” and “character.” I was more surprised at “sturdy” (maybe long-time owners of old homes end up taking that for granted) and “solid and safe.” People have repeatedly told us our own house feels good, and my own descriptive word for it is “comforting.” Maybe people who buy into places like Ferndale want a house that seems to put its arms around us as opposed to a house that makes a statement to others. But I like hearing that people think their home is quirky, or has energy, or nooks, or is a dollhouse, or that the yard is the best part, or that the house has history.

You can look up your house’s history at the Ferndale Historical Society at 1651 Livernois, near the fire department. Susan Humphreys found that her home was once owned by a doctor who treated patients in that home, Colleen Kmiecik that her home once had a bomb shelter. Mine was once owned by the owner of an oil company (a bit of odd karma for an environmentalist.) A cut-stone home in NW Ferndale was supposedly a wedding gift, with two heart-shaped stones placed in the front facade. Some of our houses have architectural mysteries, some being cleared up when work is done. An older plumber pointed out that our house had been built with no plumbing, explaining (after two decades of us wondering) why we have a huge bath upstairs, dwarfing the smallest bedroom. When plumbing was added, the room over the kitchen had to be the bath, and it didn’t matter that it was a big room. That plumber arrived after two younger ones took a look at our ancient toilet, old enough to be bolted to the wall, and said it couldn’t be repaired. The older gentlemen, of Nelson Brothers, took his own look and said, “Of course we can fix it,” then told us that houses built in the 20s in Ferndale and Royal Oak were often still built with no plumbing, including his own mother’s house. We had already taken half the commode to a plumbing-supply house in Oak Park, where another older gentleman glanced at it and said, “Let me guess. Detroit, or Ferndale?” He himself once lived on an 18- acre farm in south Ferndale and rode his horse to school. 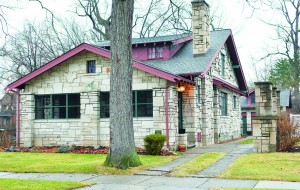 We’ve found parts of rolls of fence wire in our back yard when digging a fish pond, along with many pottery shards. The Vandermarks, right behind us, once dug up a toy roadster, looking as intact as when it was lost, maybe in the ‘30s. Our certificate of occupancy says 1930, but the Ferndale Historical society says it was built in 1937 AND that the first owner of our house bought it in 1924. Ductwork cleaners say the ducts are from the teens. Webber told us years ago that our downstairs layout became unpopular after the 1920s, with a large foyer that would have a been a guest parlor, a living room small by 1930s standards, and the dining room the biggest room downstairs. One previous owner removed our leaded-glass built-ins, having gone on a ‘70s spree of “updating.” Several passersby have told us of seeing our house on fire in the early ‘40s, and when our plumbing was replaced 10 years or so ago, the plumber found burned areas along his route. By the way, those witnesses of our fire, the aftermath of which is still obvious in the basement, watched the lady of the house throw her most precious possessions out an upstairs window: first her dog, then an armload of nylon stockings, all of which blew into a big and long-gone tree. Nylon stockings were hard to come by in WWII. I hope she salvaged some of them.

“Ferndale is blessed. Original development took place when architecture became available to the average person,” Weber told me. We’re still blessed now. Variety is the spice of life. Enjoy ours.

Becky Hammond is a long-time Ferndale resident and an oboe teacher and player.

Thank you to everyone who granted us permission to photograph their houses for inclusion in this article!

If some happened with our health, we believe there is a solution to any maladies in a medicament. What medicines do patients purchase online? Viagra which is used to treat impotence and other states coupled to erectile malfunction. Learn more about “sildenafil“. What folk talk about “viagra stories“? The most essential aspect you must look for is “sildenafil citrate“. Such problems commonly signal other problems: low libido or erectile dysfunction can be the symptom a strong soundness problem such as core trouble. Causes of sexual malfunction turn on injury to the penis. Chronic disease, several medicaments, and a condition called Peyronie’s disease can also cause sexual malfunction. Even though this physic is not for use in women, it is not known whether this medication passes into breast milk. 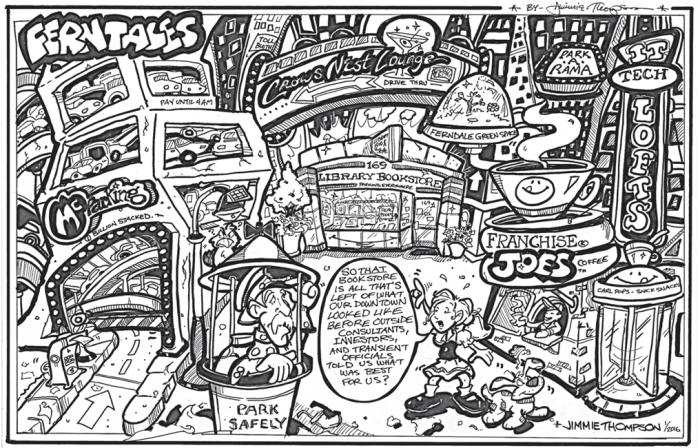