Q: I AM EXPECTING SOME LARGE MEDICAL EXPENSES and I think I might have to go to bankruptcy as a result. Do you have any suggestions?

Answer: Even with insurance coverage, a serious medical issue can lead to poverty. Limitations on benefits, co-pays, and out of pocket deductibles can leave a consumer with insurmountable debt.

ObamaCare saved lives and prevented people I know from having to go bankrupt. The elimination, limitation or reduction of health coverage will result in an increase of such bankruptcies. Medical expenses are not the only reason for bankruptcy. Many consumers fear major losses in di­vorce, tax debts and other causes.

First, do not wait until the big expenses are actually levied. It is greatly to your ad­vantage to take certain actions before you are faced with bankruptcy. Before the court will allow you to file, you will be re­quired to obtain a certificate from a finan­cial planning organization such as “Greenpath Credit Solutions” so why wait?

Many credit counsel­ing organizations are non-profit. They work with you to avoid bankruptcy. Sometimes this even includes contacting your creditors and working out a better deal or you. Greenpath is not the only credit counseling agency approved by the bankruptcy court. Any of them will analyze your finances and work with you in advance to avoid bankruptcy. Since you are required to take this step anyway. it can be used as an effective way to avoid an even worse situation.

If you can’t avoid bankruptcy, you will want to hire a bankruptcy attor­ney. Almost everything in bankruptcy court is filed electronically and not just any lawyer can file with the court. You must be a member of a special­ized Federal Bankruptcy Bar Associa­tion in order to have access. A credit counseling agency can guide you to find a list of such lawyers.

If you have no medical insurance and do not qualify for Medicaid or Medi­care, don’t forget the FernCare Free Clinic. The clinic cannot change medi­cal costs you have already incurred. and can’t help with other sources of financial stress, but can provide free medical services to qualified patients. There are no residency requirements, co-pays or deductibles. Information is available on-line at FernCare.org. 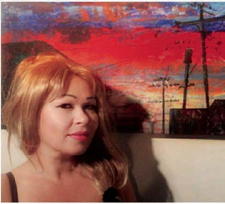 SANDA COOK’S PAINTING IS INFLUENCED BY THE BEAUTIFUL LANDSCAPES AND ARCHITECTURE OF HER NATIVE ROMANIA. She studied art at the Brasor School of Arts, and her travels throughout Europe, Japan, and the U. S. have given her work a unique perspective and style. Cook has shown her work extensively in Metro 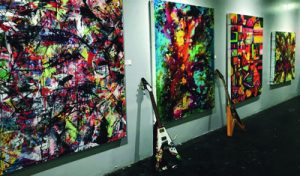 In an exclusive interview with Ferndale Friends she said, “Art for me is a way of being alive, of connecting myself to the mysteries of the universe, nature, and the magnificent human soul.”

Though she has lived and studied abroad, she has settled into Detroit and considers it her permanent home. The city has adopted her and vice versa.

“I’ve loved teach painting classes at my studio in Hamtramck over the last few years, and a couple of my students are selling art and showing in galleries after just a little over a year of taking my monthly classes. I am so proud of them, and I am happy to inspire others. I also do individual art classes. I love to give back and help with my art donations. This year will be my third year of supporting the Matrix Foundation, and I have painted two Little Free Libraries in the last two years. One is in front of Belle Isle Conservatory, and the other will be in Berkley in front of the beautiful art store, Vitrine Gallery & Gifts.”

Her travels have inspired her art in lots of different ways. “I love to travel and explore the cultures and people of different countries. I am a U.S. citizen, and very thankful to live in a country with such great

opportunities. Romania is my birth country, and growing up I enjoyed the outdoors and nature after school with my watercolor supplies. I started to paint at ten. Both places, Romania and Michigan, have their unique beauty. I love to capture in my watercolors or canvasses the beauty of places and people. Each country has its particular energy, traditions, and beauty and I love to immortalize. I take my sketchbook and water-colors everywhere to make sure I don’t miss any opportunities.”

ALONG WITH PAINTING, Sanda is a tarot card and palm reader. “When I was 27, I too a class reading palms and tarot. I worked from 2004-2009 for Cosmic Eyes in Wyandotte and from 2012-2017 at the wonderful Boston Tea Room in Ferndale.

The subjects of her work are bent towards nature and the cosmos. She explained what draws her to these subjects: “Nature is pure beauty. Mother Earth is so loving and generous with humans. I love the art of Vincent Van Gogh, Georgia O’ Keefe, Frida Kahlo, and Jackson Pollock. When I walk into the forest, I feel home. It is pure, it is peace, it is magical. I feel the same swimming or being next to the water.” 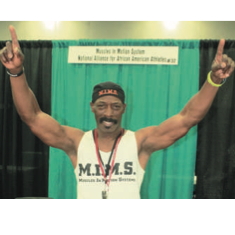 GARNETT MIMS WANTS TO TALK ABOUT THE PEOPLE WHO HELPED HIM. Like his parents, John L. Mims, “a genius with no education” who died 12 years ago, and Sallie Parker Mims, “the greatest woman in the world.”

Eleventh of 17 children, Garnett listened but “wanted to do what I wanted. To see what’s on the streets.” He started getting kicked out of school at a young age. “One way to get alone time at home with mom.” He made it into Mumford High School, playing sports, everything from boxing to baseball, but he was “mad at the world.”

“My mom came to school, asked for help with her ‘worst child’.” The principal was about to send Garnett to 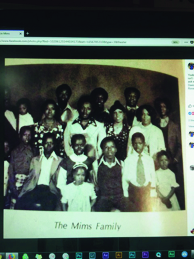 the ‘school of no return.’ But Mother Mims’ decency affected him, and he called Cooley High School instead. “When the Mumford principal made that call, everything changed. All I wanted was to graduate high school and please my mama. Had a year-and-a-half to get it together.” He kept going, thanks to Cooley Coach Ernest Thomas, who told him “Take everything you’ve got and put it on the field.”

After some college at Ferris State he traveled, discovering Los Angeles, a town he loves. It was a tough time for Detroit, he was doing well in Los Angeles, and friends advised him to stay there. But he wasn’t finished
with Detroit.

When he came back, he needed to find the right life. “I wasn’t giving back, not even to my parents.” He met Valencia Marie Harding, and they married and had four children: Tim, Akilah, Harley and Krystal. 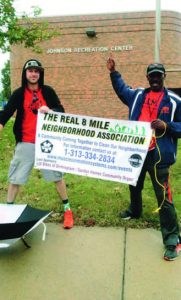 Valencia was supportive when Mims decided to start physical training. He liked working with kids in school. His marriage ended in 2012, and he returned to Los Angeles. California felt “so free, so good,” but his mom was worried. “What about the earthquakes?” And there was no one at home to cut the grass.

In 2014, Garenett Mims came home to cut the grass. He and associate Aaron Hale started the Real 8 Mile Neighborhood Association, first cleaning up the neighborhood he grew up in. “I got a bunch of kids to help and it felt so good.”

He and Hale started a Detroit chapter of the “National Alliance of African American Athletes”, an organization he joined in LA. “You gotta’ give back to get back.”

On November 11, 2016, brother Maurice Mims, a well-known artist in the Greektown area, was killed by a hit-and-run driver. Garnett wears Maurice’s Red Cross ID. “When Maurice died, I laid down across my mama’s legs and sobbed. The pastor came over and said “Get up off the floor. Your mother lost a son.”

He got up, and in January 2017 he walked into 359 Fit, a gym on Livernois in Ferndale. Owner Terry Ulch (author of America More Than Average Income) gave him a job, a home base, as a physical trainer.

Mims says: “At the end of day you gotta’ find love in different places. I got blessed with a lot of good people helping me.” He’s going to “stay and do what he needs to do for Detroit.” 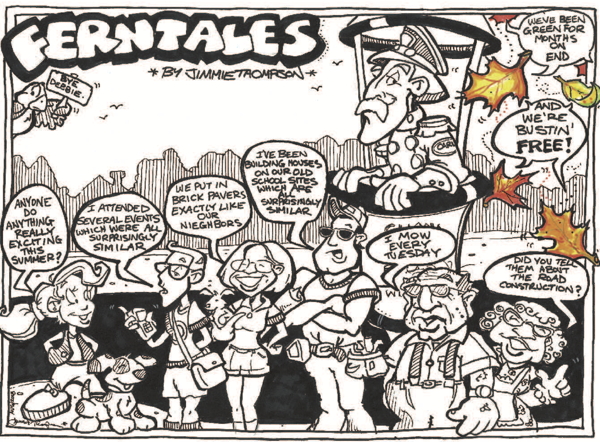 Prev123Page 3 of 3
Search Our Site
Categories