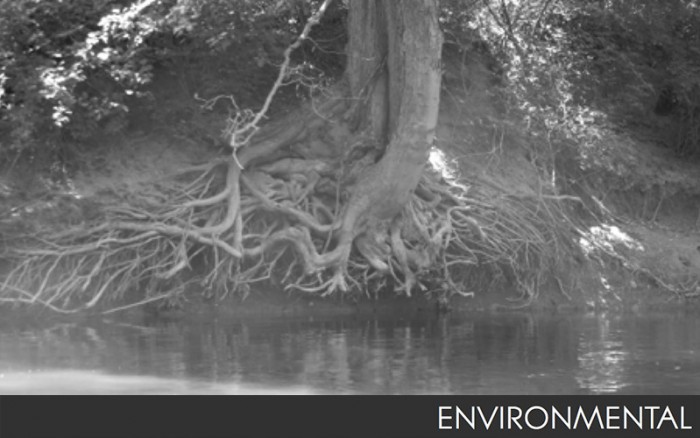 Story and Photos by Rebecca Hammond

FERNDALE MONARCH PROJECT UPDATE: Our library’s butterfly garden is still sparse, this being its first year, but the plants are established and in bloom, except for the beautiful donated coneflower outside the children’s area. That was stolen, pulled right out of the ground. While I don’t blame the thief for choosing it, I wish they’d left it for the kids to see, and hope all others remain in place. Our Facebook page is still going like gangbusters. Page member Chantel Maloney wrote a piece about butterfly gardens for Metro Parent magazine, and we’ve given away about 250 milkweed plants. I see at least one Monarch a day. 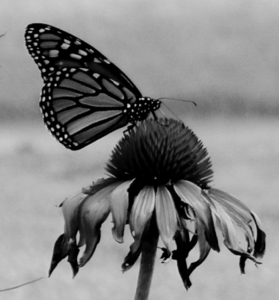 BACKYARD HABITAT NEWS: A birdhouse out front is kept full of grass by house wrens, although they never live in it. They’ll take over any birdhouse just to keep others out. A fledgling downy woodpecker has discovered the house and is dismantling the nest piece by piece. It all looks rather experimental, but good thing the wren hasn’t noticed, those birds being the definition of aggressive. Woodpeckers like taking seeds from the common mullein towering over the front yard. Young tufted titmice are in the yard, their parents harassing our old cat during her naps out back. She’s 21 and deaf; they scream to no effect. Hummingbirds, as predicted, like the cardinal flower just planted; a Michigan native, it’s becoming increasingly rare.

PADDLING MICHIGAN: Phil and I like working our way through guidebooks and crisscross the state attempting all 60 of the 50 Hikes in Michigan, as well as Canoeing Michigan Rivers. Seeing wildlife is our biggest thrill (even when it leads to misguided notions like petting baby porcupines). We vow to rise early and hit whatever river we’re near for prime viewing time; coffee and books always slow us down. But the nearby Huron River provides most of our best wildlife viewing, no matter the time of day, or proximity to city life.

Two recent excursions through Lower Huron, Willow, and Oak-woods Metroparks took us past a doe, two small and very alarmed fawns, a few green herons (odd birds we first saw in Ontario last year, where their noises made us think people were hiding in the bushes mocking us), many turtles, a mink, and an immature bald eagle. Some of that stretch might convince you you’re paddling through the back 40 of Metro Airport. Using Canoeing Michigan Rivers along with a Huron River Canoe map and a Metroparks map allowed us to plan put-ins and a bike route back, our semi-new folding bikes fitting nicely in our old Mad River Explorer.

Jerry Dennis is a co-author of Canoeing Michigan Rivers, and his book From a Wooden Canoe may be where we got the idea of biking back to the car after a paddle. He and a buddy would stash a bike at the take-out, and one would stay with the boat while the other went for the car. For years we dropped off our mountain bikes, neither of us being too keen to sit alone while the other got to bike, then my neighbor Denise bought a folding bike for a friend to take vacationing. Light-bulb moment. Well, two light bulbs.

For one thing, if you take a trip and are not sure if you’ll want to bike, hauling bikes seems irksome. Do you risk leaving them on the car overnight? Do you put up with the hassle of unload- ing and reloading the car with them on the back? Although the folding bikes take up more room in the back of the old Prius than envisioned (I wrongly imagined that carrying them around in their duffle bags would be like toting an oversized tennis racquet), they are far easier to haul than bikes on a carrier. And they’re fun. I had mild unwarranted worries that each hinge could pop loose while aboard, causing me to suddenly be pedaling a bike flexing around like a Slinky, but no – they snap together and stay together. In fact, pulling them out of the canoe at access points and popping them briskly into place is one of the smug pleasures of owning them: onlookers are smitten with interest and admiration. Last-but-not-least in the list of advantages: no planning your exit from the river. You go till you feel like stopping.

Rebecca Hammond likes August, September, and October, when Michigan bugs calm down a little, and the Great Outdoors here is more tolerable.

If some happened with our health, we believe there is a solution to any maladies in a cure. What medicines do patients purchase online? Viagra which is used to treat impotency and other states coupled to erectile disfunction. Learn more about “sildenafil“. What folk talk about “viagra stories“? The most substantial aspect you should look for is “sildenafil citrate“. Such problems commonly signal other problems: low libido or erectile malfunction can be the symptom a strong health problem such as heart trouble. Causes of sexual disfunction turn on injury to the penis. Chronic disease, several medicaments, and a condition called Peyronie’s disease can also cause sexual dysfunction. Even though this medicine is not for use in women, it is not known whether this medication passes into breast milk.