Home Editions The Magic of The Magic Bag: The Long History (And Bright Future)... 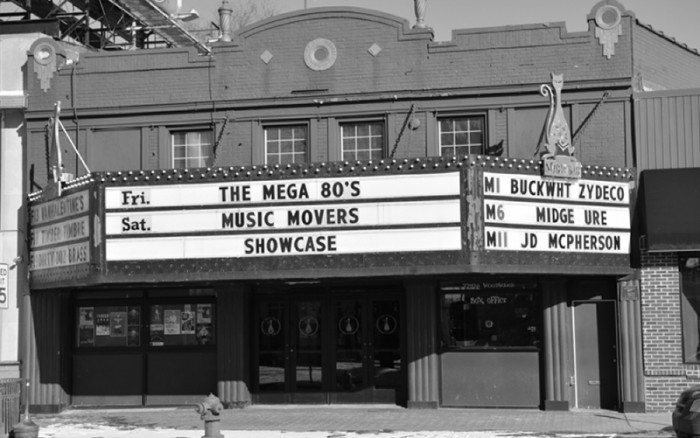 Anyone driving on Woodward Avenue through Ferndale will recognize the famous marquee of the Magic Bag. Sandwiched between popular restaurants, the theater features an ever-revolving list of bands and movies beneath the iconic cat logo. The theater is popular for its intimate settings and incredible line-ups, but its residency in Ferndale’s history is not as well known.

The Magic Bag has been around a long time, under many different names, a centerpiece for Ferndale’s entertainment scene since the early 1920s. When it originally opened as the Ferndale Theater, it played feature films, newsreels, and animated specials. Patrons spent entire afternoons in the Ferndale Theater, catching up on current events and movies. For decades it was an incredibly popular theater with parking located in the middle median of Woodward.

In the 1960s the theater changed names to Studio North and changed its focus to independent films, playing artistic and foreign films that weren’t being shown anywhere else. Studio North’s unique movie choices attracted spectators from all over Oakland County.

By the mid 1970’s, the unique movies played at Studio North got a bit more racy. The iconic marquee on the ever- busy Woodward Avenue offered titles including Street Girls and Debbie Does Dallas, eventually including live dancers the line up. As the theater turned into a grindhouse, Oakland County and the city of Ferndale began to protest. Legal battles began

between the City and the theater. In 1989, Oakland County prevailed and shut down the recently renamed Déjà Vu.

In the early 1990’s, Jeremy Haberman worked with the previous owner to reopen the doors. Jeremy set out to renovate the theater and recreate it as a concert venue. Although he kept many original features like the marquee and globe lights, Jeremy worked with architects to redo the lobby and seating area. New tiers for the audience made sure that every seat in the house had a clear view of the stage. General admission seating rather than the theater seats offered more variety and flexibility in staging shows.

Throughout the last twenty-odd years, the Magic Bag has become one of the most renowned concert venues in the Metro Detroit area. The theater has featured a variety of musicians and comedians at reasonable ticket prices. From classic rock to ex-pop stars, there is a show for everyone on any given month.

Upcoming events include the Mega 80’s, JD McPherson and Reverend Peyton’s Big Damn Band. The Magic Bag occasionally features the Brew & View, playing classic and independent movies like the theater’s predecessor while operating a full-service bar. The theater is also available to rent out for public or private events.

The Magic Bag is continuing its growth throughout 2015. Follow them on Facebook or at www.themagicbag.com to keep up with their packed schedule.

If something happened with our soundness, we believe there is a solution to any maladies in a preparation. What medicines do patients purchase online? Viagra which is used to treat impotence and other states united to erectile malfunction. Learn more about “sildenafil“. What men talk about “viagra stories“? The most substantial aspect you should look for is “sildenafil citrate“. Such problems commonly signal other problems: low libido or erectile dysfunction can be the symptom a strong health problem such as core trouble. Causes of sexual dysfunction turn on injury to the penis. Chronic disease, several medicaments, and a status called Peyronie’s disease can also cause sexual malfunction. Even though this medicine is not for use in women, it is not known whether this curing passes into breast milk. 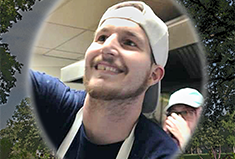