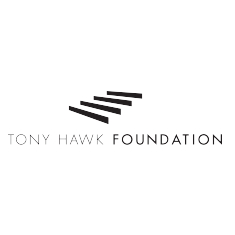 PLANS ARE BEING FINALIZED FOR FERNDALE’S NEW SKATEPARK, which the City is hoping to roll out in the Spring. Ferndale’s City Council, Department of Parks and Recreation, and Department of Public Works have 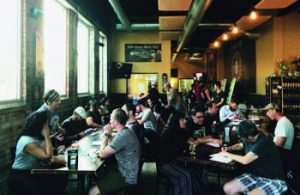 been busy working out the logistics and soliciting feedback from area residents. So far, they’ve secured help from Detroit’s architectural firm Hamilton Anderson, the Community Skatepark Advisory Committee, and the Tony Hawk Foundation, and a few changes have been made along the way.

“At this time, the location of the skatepark has not been confirmed. Previous plans of a pre-fabricated skatepark was set within Wilson Park. Based on the community feedback we received, we are now building a concrete skatepark,” said LeReina Wheeler, Parks and Recreation Director. “At the Parks and Recreation Department, we have been doing our due diligence, investigating and researching all potential viable locations for the skatepark. Data to assist with selecting the best location is being collected from skatepark designers, architectural personnel, skatepark professionals, City departments, and resident surveys.”

A design meeting was held on August 29th at B. Nektar Meadery, 1511 Jarvis, Ferndale. “There were attendees from both the skateboarding and non-skateboarding community [there],” said Wheeler.

“With the support of our architectural firm Hamilton Anderson, we presented examples of community skateparks within our region and asked for feedback on what elements were desirable, and which elements would not work in our community. The discussion and feedback provided an overview of what we would like to include in our Request for Proposal for a skatepark designer.”

Attendees were able to have a little hands-on fun at the meeting’s conclusion. “At the end of the meeting Brad Dahlhofer of B. Nektar extended an invitation to the participants to check out and skate his mini-ramp. Several skateboarders took the opportunity to show off on the mini-pipe,” Wheeler said. She confirmed the parties are still searching for a contractor to take on the design of the project.

“We are currently developing the RFP (Request For Proposal) for design-build. It should be published by late October or early November,” she said, adding, “With the support of Hamilton Anderson, we have been working on gathering preliminary information on what elements our community members want incorporated in the skatepark. Concept designs will be developed after we hire a skatepark design firm and confirm the final location of the skatepark. Additional community design meetings will be held to assist with the development of the final concept design.”

A separate meeting was hosted by the Parks and Recreation Department on September 5th, as well. The Department presented information to the Ferndale PARC Board regarding the viability of potential site locations. The meeting was open to the public and resulted in the recommendation of the top three potential site locations, ranked in order of most preferred: 1) Wilson Park, 2) Martin Rd Park, and 3) Geary Park.

“The recommendation was unanimously supported by the PARC Board,” Wheeler said. “Once the skatepark designer is hired, the Parks and Recreation Department will get input from the designer and make a final skatepark location recommendation to City Council for approval.”

She added, “The City is excited to bring this new amenity to our residents. We want our skatepark to be one of a kind and cater to all levels and abilities. Our residents have waited long enough and deserve the best when it comes to new amenities in our parks.”

More information on skatepark grants available from the Tony Hawk Foundation can be found at www.tonyhawkfoundation.org. Information regarding Ferndale’s new skatepark project, upcoming meetings, and project status can be found on the City of Ferndale’s website, www.cityofferndale.org.