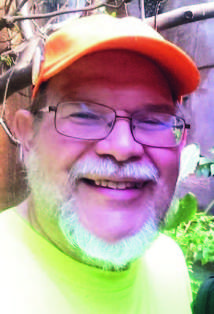 Peter Cooper, who passed away on April 27th at the age of 64, was a local activist and legend in the LGBT community, residing in Oak Park. He was a man of many hats who touched the lives of all who knew him. Peter was the former religious services committee chairperson at Congregation T’chiyah, a former professional fundraiser at the Detroit Symphony Orchestra, a former new and MDOC case manager overseeing intakes and referrals at AIDS Partnership Michigan (APM) and a former cage banker at Motor City Casino. He had also held several positions at City National (a.k.a, First of America or National City Bank). A regular at the Media West convention in Lansing, Peter graduated from Frank Cody High School.

“Peter was most involved in the early formation of AIDS network,” explains long-time friend Tom Zerafa. “He was also the facilitator of Affirmations men’s rap group that met on Saturday evenings and, more recently, he 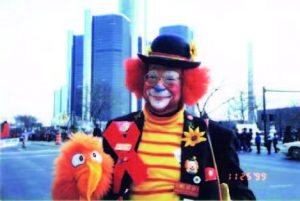 served as a precinct captain for Oak Park elections. Peter also volunteered as a professional clown for parties and other gatherings.” Tom appreciated Peter’s community involvement. “Peter Cooper was one of the first guys I met when I came out in 1973 and we crossed paths numerous times over the past 44 years,” he recalls. “I can honestly say that we had grown in friendship and trust supporting each other in the best and most challenging of times.” Many felt that way about Peter.

“He was active in politics and his Jewish faith and traditions,” according to Rudy Serra, who connected with Peter through Congregation T’Chiyah two decades ago and instantly befriended the man. Congregation T’Chiyah is an inclusive, egalitarian, participatory Reconstructionist synagogue that provides for the expression, observance, study, and enjoyment of Judaism, Jewish culture, and Jewish tradition. Rudy remembers fondly Peter’s dedication to the religious community. “Every year Peter organized a National Coming Out Day services at Congregation T’chyah complete with a pot-luck dinner and group discussions,” he says. “I was honored to be invited to participate in this event for the past few years. Peter skillfully guided those unfamiliar with Jewish tradition through the service so everyone felt included.”

Peter was involved with the congregation’s Holiday Workshop Series, and even constructed a temporary shelter covered in natural materials which is used for meals during the Jewish festival of Succoth. The structure is referred to as a succah or sukkah. One friend recalls, “Through the years we brought our two youngest children to decorate Peter’s backyard sukkah until the kids outgrew it.” Another says, “I will remember Peter as a vibrant presence in Congregation T’chiyah who contributed greatly to our discussions and study sessions, who added joy to our holiday celebrations (especially Purim). I will remember Peter as a friend who always had a smile and always had a hug and always was a joy to be around whether it was a day hanging around his backyard or a day at Belle Isle or a party.”

Peter was a loving person who connected easily with others, especially with his partner of twelve years, Jonathan Quirk. Rudy says, “Peter’s relationship with Jonathan was a fundamental part of both their personalities. Their love and commitment was inspirational.” Tom adds, “Perhaps the greatest treasure Peter leaves with us is his most faithful and beloved partner, Jonathan Quirk, who Peter met through Affirmations. Their ten-year relationship was inspirational, creative and loving to the core. Peter documented that relationship with hundreds of photos as well as [photos with] almost everyone he ever met. His ready lens will be missed by everyone.”

Another friend recalls his humor. “Peter was a punster, a prankster…He was infamous for his costumes at MediaWest con…As a wise-cracking cow, he truly had great legs and that’s no bull. We all will miss him terribly. He brought light and humor to even serious issues and a passionate level of concern.” Rudy seconds these sentiments. “Peter realized the importance of laughter. He never took himself too seriously but always took the concerns of others seriously,” he says. “Peter was willing to be a clown in order to bring laughter to others.”

Peter was also an inspiration to the LGBT community at large. “In earlier years, he supported activities sponsored by MCCD, Dignity, WSU Gay/Lesbian Liberation Front, Triangle Foundation, Motor City Pride, Pridefest, among numerous other organizations,” Tom explains. Rudy recalls his work in the LGBT community as well: “I think Peter’s combination of LGBT activism with a vibrant Jewish faith and tradition was something unforgettable,” he says. “The community will remember him for acting on his realization that we are connected and each of us needs each other.”

In general, Tom says, “Peter was a formidable presence and always spoke his mind respecting cultural differences and bringing people together of various backgrounds. His way of accepting people at face value is an example that I try to emulate in my own experiences. Peter indeed set the bar for making diversity a priority to be lived!”

The Hebrew Memorial Chapel held a tribute for Peter officiated by Rabbi Alana Alpert following his passing. Contributions were accepted in his memory by Congregation T’Chiyah. “I quoted in Between the Lines a few weeks ago that I ‘cannot begin to imagine what life will be like without my closest friend, Peter Cooper’,” Tom says, “Even now the adjustment is difficult in his absence. I anticipate the time when we meet again in the life hereafter.” 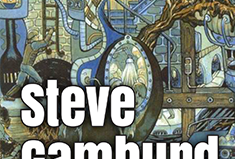 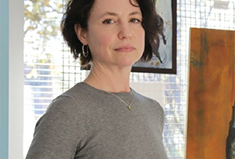