Home Editions Spring / Summer 2019 My Experience: Life, Before & After My Lung Transplant 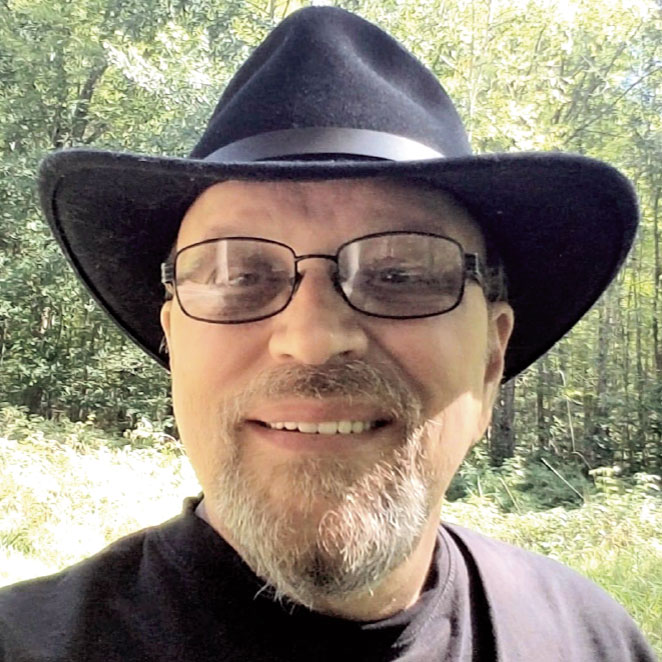 RECEIVING A TRANSPLANTED ORGAN IS SOMETHING MOST PEOPLE WILL NEVER HAVE 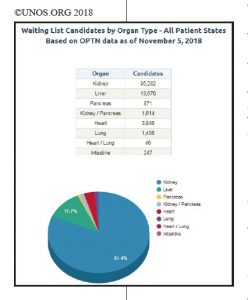 TO WORRY ABOUT. But for an increasing number of people it is a reality they must confront. I became a lung transplant patient and recipient, and I’d like to share a bit of my story and some info on transplanted organs in general.

I was diagnosed as having pulmonary hypertension, emphysema, and another process that was never identified, in September 2017. I started the extensive testing process in January 2018, then listed for a double lung transplant. I was transplanted in August 2018. I was fortunate to get a transplant as fast as I did, because of the scarcity of lungs available for transplant in general.

The whole process involved a rigorous round of numerous tests to determine whether I was a good candidate. Fortunately, I took my team’s advice and participated in a Pulmonary Rehabilitation exercise program at the Providence Heart Institute in Southfield. They kept me strong by making it possible for me to walk and exercise, despite the 15 liters of oxygen I required to do so. Just sitting in a chair required 4 to 5 liters for me to maintain an oxygen level of barely 92 percent on a good day (a normal reading is usually 95 to 100 percent).

Checking my heart pressure required the pulmonary team to perform a heart catherization. That was performed by running a heart catheter through my right wrist and into my heart. The doctor performing the procedure was quite stunned as to the level of pressure in my heart, which increased my UNOS score for transplant. They checked the other arteries running into the heart and I was cleared, since there was minimal blocking of the arteries.

OTHER TESTS INVOLVED CHECKING THE FUNCTION of my stomach which involved drinking a barium solution and being turned upside down; also, eating and swallowing various things to check that functionality as well. Checking the distance one can walk in six minutes is also a must. Their baseline was a minimum of 400 feet in six minutes, but I managed to walk closer to 1400 feet on 15 liters of oxygen. Blood tests also confirmed the suitability for transplant, and they took 43 vials of blood at the initial draw. Among these tests were drug and alcohol tests and testing of other organ functions and diseases.

I was placed on the list for transplant in May 2018, and was registered with UNOS, the United Network for Organ Sharing. I was assigned a score that ranked me by need and was sent home to await a match for a double lung transplant. Blood type, antibodies, and lung size are just a few factors to consider in any lung transplant. UNOS handles other organ transplants as well, such as liver, heart, and kidneys. You can find out more about their function for transplant recipients, and statistics, at unos.org.

LESS THAN TWO WEEKS LATER I GOT THE CALL. Lungs were found! We drove to the transplant center and I was placed in a bed, waiting for 8:30 AM for the surgery. After they wheeled me down to the surgical suite, we waited a few hours while the surgical team checked the lungs received from the donor. The last thing I remember was the doctor coming in, saying “It’s a go,” and I was put out for the next 12 hours. This entailed placing me on a heart lung machine, cutting open my chest, splitting my sternum, moving my heart, and replacing both lungs.

Waking after the surgery was over, I only remember someone leaning over me, saying “You’ve got new lungs.” Looking over to the telemetry, I found the blood oxygen reading, and was relieved to see it running at around 98 percent.

The nursing staff would be critical to my recovery, as were the physical therapy people who made sure I could function once they released me. The biggest trick was getting up out of a chair or bed using no hands. It’s not easy even without a lung transplant. I was sent home after nine days. A visiting nurse and home rehab after surgery got me back to speed quickly.

My lung transplant was the first major surgery I have ever had, besides tonsil removal. It was far easier than I expected. I worried about the pain from splitting the sternum, but it was not that bad at all. Healing takes a while of course, but that varies from person to person. Maintaining the “status quo” now requires doctor visits and swallowing a lot of anti-rejection pills. Also, wearing the face mask that people always give me the fish-eye for. (It’s for my protection folks, don’t worry.)

Getting this transplant has enabled me to resume my life with a few restrictions. I am grateful for all the community support I have had through this process, as well as for my donor for taking the time to check off the box for organ donation when filling out their driver’s license form or agreeing to do so in the hospital. Also, I am volunteering with Gift of Life Michigan to promote organ donation and possibly speak to those potentially undergoing similar procedures. Please consider organ donation when you renew your license or go to giftoflifemichigan.org/become-donor to sign up.