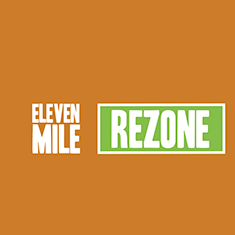 In 2018, the City’s Economic Development and Communications Department, along with City Planner Kevin Rulkowski, took the step to rezone a portion of Eleven Mile Road from light industrial to mixed-use. 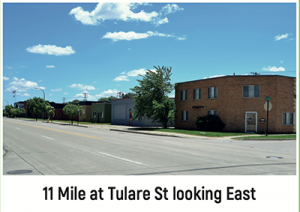 After extensive research and development of the new zoning ordinance district, the rezoning was passed by the Planning Commission, and eventually City Council as well. That stretch of Eleven Mile Road from Tulare Street to Gardens Street, once a relic of decades past when small indus- trial corridors were sustainable and manu- facturing ruled the day, is now attracting interest from restaurants, breweries, retail and more.

The new mixed-use zone is intended to do just that, in fact. Cities often rezone areas to mixed-use because they want to create an environment more conducive toward a more socially and economically connected neighborhood. Mixed-use zoning, which often 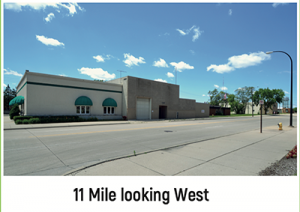 entails retail, office, and restaurant space on the ground floor with the possib- ility of residential on the above floors, is known to create settings that are friendly to new businesses, new residents, and commuters of all kinds.

THIS MIXED-USE ZONE IN PARTICULAR permits a wide array of uses that weren’t allowed before, such as specialty retail, sit-down restaurants, bakeries, coffee shops, art galleries and more. Special land uses, which require extra parameters before approval, include brewpubs, breweries, wineries, distilleries, and restaurants serving alcohol. The wide array of business types outlined in the ordinance have the potential to create a vibrant, inviting neighborhood for all. 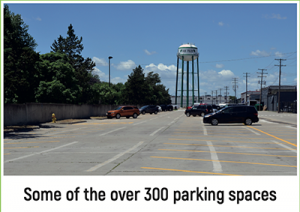 character of the architecture or the fact that many of the buildings are zero-setback buildings, but also because of the three large public parking lots that sit immediately behind this corridor. This gives an extra incentive to prospective new businesses. The lots currently offer over 300 parking spaces altogether, though they may see changes in the future that would not only make them better in terms of traffic flow but also increase the number of spots.

“This section of Eleven Mile was studied extensively as part of the 2017 Master Plan and has all the ingredients to create a special local neighborhood place,” said City Planner Kevin Rulkowski. “Here you will find interesting industrial building design, great potential outdoor dining venues, and densely populated neighborhoods from four surrounding communities within walking and biking distance of the new business district.” 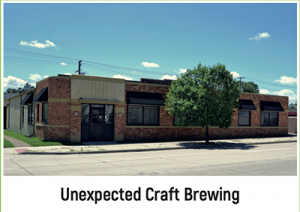 SO FAR, THE CORRIDOR HAS ATTRACTED A NEW BREWERY to the area, thanks to the rezoning. River Rouge Brewing Company, currently operating in Royal Oak, is planning to open a second location under a new name at 14401 Eleven Mile Road, the site of a former cabinet manufacturer. The new brewery, to be called Unexpected Craft Brewing, will be the first of many new businesses in the area as the corridor transitions from light industrial to mixed-use. The brewery is scheduled to open in the late Fall of 2019.

When all is said and done, City staff expect the corridor to look like a mini-downtown, with a wide variety of businesses, beautiful and unique facades, and plenty of foot traffic. The City is also currently studying the feasibility of putting bikes lanes and green infrastructure on Eleven Mile Road, partnering with the cities of Berkley and Huntington Woods to do so. Such street improvements would only further add to the commuter-friendly and business-friendly environment that is to come.