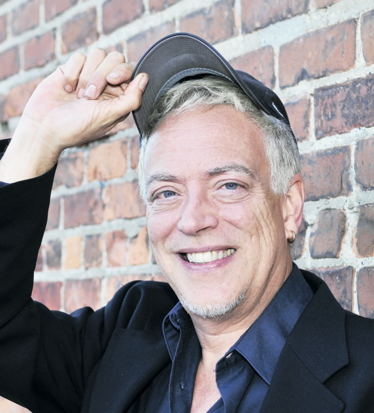 YEARS AGO, PHIL AND I WERE WALKING HOME AFTER BREAKFAST at a now-defunct eatery with potatoes as good as their staff was rude, and were marveling that we kept returning for more punishment. We stopped to talk to a handsome, elegant man, barefoot, wearing only athletic shorts and a diamond earring, who was smoking a cigarette and looking up, watching a friend on his roof trying to catch a stranded baby raccoon. The three of us chatted, then Phil and I headed home. And we looked at each other and said, “Oh, that was Councilman Covey!”

If there’s a such thing as a Jack of Many Trades for social change, Ferndale has just regrettably said goodbye to one. Longtime resident and champion of gay rights, water issues, and social justice, Craig Covey is returning to his home state of Ohio. He’s a former Ferndale mayor – the first openly gay mayor ever in the State of Michigan – city councilman, and CEO of MAPP (the Midwest Aids Prevention Program). He’s the creator of the Ferndale Pride Fest. He held a seat on the Oakland County Water Commission, and the Oakland County Commission. He ran for office and won many times, and he wasn’t afraid to go for long shots and lose either, like running for Oakland County sheriff against an incumbent. He appeared fearless and tireless, willing to take chances, prioritizing what he felt was right above any attempt to conform to what seemed uniformly popular. But popular he was, and very successful on a number of levels.

FF: Craig, you’re leaving Ferndale after decades of making a difference. What brought you to Michigan years ago?
Craig Covey: I came from Columbus Ohio in 1985 to become director of the Michigan Organization for Human Rights, the group that later became the Triangle Foundation. I had founded the gay rights group in Ohio, and Michigan wanted the same thing up here. I saw a kernel of possibility in Ferndale. This was 1989, and the downtown was an empty canyon. Woodward had adult theaters, strip clubs, and massage parlors. It was a blank canvas.

Metro Detroit did not have a “gay neighborhood” like every other major city. A few of us saw Ferndale as a 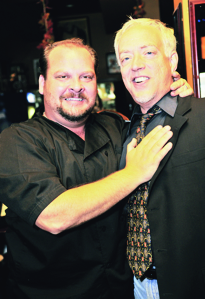 possible place to try and attract LGBT people, artists, young folks, and other alternative types. It took a decade to make this happen but eventually they came to this eclectic, middle-and-working-class town, and created what we now know as this cool place.

Metro Detroit is one of the most segregated large cities in the country and, for all of the diversity in the region, very few were promoting it as the amazingly positive thing that it is. Visionary leaders such as former city manager Tom Barwin had a role in understanding the importance of attracting the
“creative class.”

When did you first run for office?
I got involved in local politics pretty quickly, as I had been an activist since my early teens in Ohio. With gay leaders like Rudy Serra and Ann Heler, we began to work toward a gay rights ordinance by 1991. That effort of course took ten years and three ballot initiatives. At that time Ferndale was still under the control of conservatives and “Reagan Democrats.”

I first ran for city council as an openly gay candidate in 1995, and came in last place. But, under the leadership of folks like Chuck Goedert and Bob Porter, Ferndale started to become more diverse and progressive, and I won a seat on council just in time for the millennium.

What was that decade of Ferndale’s transition like?
The push-back from all of this was quick and sustained. Certainly, there was resistance from the top levels of the police administration and others to our notions of inclusion and diversity, particularly around matters of 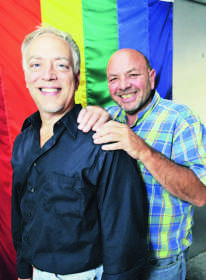 race. To this day, Ferndale has the least number of officers of color than any city around us. As the march toward high-end development and further gentrification continues, I hope the city does not price itself out of reach to young people, seniors, and ethnic and racial minorities. It would be a shame if we turned into another Royal Oak or Birmingham.

That seems an ongoing risk. What were the strengths you brought to all this?
I’ve always been best at providing leadership to start new things and provide the creative angle to challenge the status quo and rock the boat. I’m less effective sometimes at sustaining more mature organizations. Of the several careers paths I participated in here, my favorite was the election and holding of political leadership.

But, after 13 years as a councilman, mayor and commissioner, there was no path left to continue such work. With Republicans gerrymandering districts and many Democrats staying in their offices for decades, it was time to go. When I first moved to Michigan in 1985, my Congressman was Sander Levin. When I left the state last month in 2017, my Congressman was still Sander Levin. There are very limited opportunities for energetic Democrats with new and progressive ideas. Young people need to get involved and run for local office so we have choices in our elections.

What’s sending you back to Ohio now?
I had always planned to move back to my home state eventually, and set the age of reaching 60 as my deadline. I had always planned on getting some land and living in a more bucolic setting. I want to hear crickets and the wind more, and less car alarms and police sirens. Besides writing a book or two, I will be planting trees and advocating for Mother Earth.

What memories do you hold most dear?
I’m proud of many great things about the City of Ferndale. We put the city on the map and folks noticed. It would be surprising to many here now that just a few years ago the City banned tattoo parlors, massage 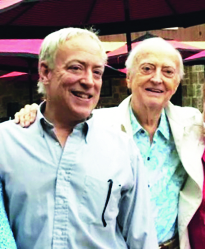 therapy, and even dancing in the down-town. Gay people and African Americans were barely tolerated. The downtown was barren, and the neighborhoods bordered on shabby. Today it is full of energy, young people, and at least purports to be welcoming to all.

Is it smooth sailing from now on?
The danger is to lose perspective and not go over-board. If three festivals per summer are great, that doesn’t mean that having ten festivals is better. If 20 clubs and restaurants are cool, that does not mean that we should allow 40. If building some new apartments or lofts is desirable, that does not necessarily mean we should construct high-rises and fill every single space with expensive development. If bike paths are desirable, that doesn’t mean we need 42 giant yellow walk signs on less than a mile of Hilton Road.

A few words about Craig:
Monica Mills: Craig was a wonderful neighbor, extremely helpful mentor, fair, hard-working boss that led his staff well, and a friend Larry and I will cherish forever.

Councilman Dan Martin: Craig was always willing to take a stance on what he felt was right. It didn’t always make him popular, but he followed his passions and beliefs. He was a believer that by leveraging government you could make positive social change. He was a very credible public servant and a good friend.

Rudy Serra (former judge/county commissioner): His work for equal justice has been continuing since his arrival in Michigan. Craig grew to be a recognized leader of the LGBTQ community and then a valued member of the entire Ferndale community. His service as mayor of Ferndale marked an important, coming-of-age moment for the city. Craig moved to Ferndale during a time of increasing development, diversity, and prosperity. His election to council and, more importantly, as mayor, helped to solidify our community’s reputation as an LGBTQ-friendly area.

stephanie loveless, publisher of Ferndale Friends: In Ferndale’s 90-year history, there aren’t many who have left a bigger mark on our city. Craig was instrumental in making Ferndale a better place to live, and we all owe him a debt of gratitude for it.