THE PURPOSE OF THE ONE NATION FESTIVAL IS TO SHOWCASE a variety of cultures and genres of music, and to celebrate the diversity in music,”according to Steve Gamburd, of The Phoenix in Hazel Park and the Hazel Park Arts Council, who curates the show along with Been Frank. “In a nutshell, One Nation Festival represents the open-door aspect of The Phoenix. The five-night concert represents diversity by including a number of music genres from local, regional and touring bands.”

Steve and Been have an ear for quality, and they’ve been looking for quality of music throughout the years. “We weren’t the School of Rock, but we understood which bands had both the talent and the drive and have 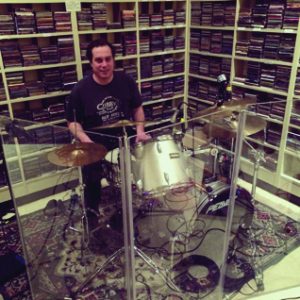 included many of these youth bands in our festival line-ups over the years.” When they like what they hear, “we provide them with the show date of their choice as well as the option to network and reach out to local bands to be added. When mixed genre and multi-cultured bands that are not punk, metal, rock or hip hop contact us about whether or not their music fits here, we fit them here with an idea of how to curate the bill accordingly.”

Many of the bands this year have performed in years past. “We have seen them a number of times and believe in them,” Steve says. “We will keep providing these opportunities for those that love being part of our events. Exposure is the key in the music industry.”

The One Nation Pre-Party will be held on Thursday, August 31, 8:00 P.M. at New Way Bar, 23130 Woodward, Ave., Ferndale, and is set to feature funk rock, hard rock, and reggae bands Off The Ledge (Lansing), Static Factory (Flint), and Speakeasy (Detroit).

The concert will be held at The Phoenix September 1st through 4th, and will include the Phoenix Gallery stage and the outside Garden Stage. The event breakdown is as follows:

“Inside and outside, we will also include a variety of art vendors, live painting, and variety acts,” Steve says. “There will be a BBQ of hot dogs and hamburgers as well as complimentary side dishes – a potluck.”

“The first year of One Nation was quite ambitious, and we ran it for nine days straight,” Steve explains, adding, “It was a fantastic opportunity for youth bands to have their first venue concert and bring their family and friends. The second year, Dally In The Alley kept them from doing a Saturday show, but, “That was all fine and dandy since we support The Dally every year and remain closed.”

By year four, Steve and Been began to push the diversity of music genre. “We began to gain interest from a number of bands and performers that wanted a new outlet,” he says. One Nation represents a diversity in ages of performers as well.

This year, there will be two stages, so the festival will be larger than in years past.  There will also be an art show to view inside the gallery The Female of The Species – The Art of Steve Czapiewski. “We are very eager to get more people involved to be part of our art and music endeavors,” Steve says. “It is a shared experience that all interested parties should benefit from. Please come and support the bands, but especially the bands on tour!  They need an audience and to feel welcomed in a Detroit-area festival.” 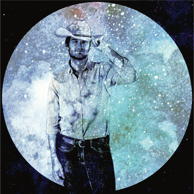 BRIAN MILLER: SON, BROTHER, LOVER, FRIEND, musician, writer, goofball, host at the New Way Bar…he was a guy who touched more lives in his 32 years than most people do in a lifetime. Jamie D’Angelo, owner of the New Way Bar, is devastated and heartbroken by Brian’s passing, like everyone else who knew him. Brian hosted the open mic night there, and started a live music scene seldom enjoyed anywhere else in or around Ferndale. Jamie gave us his thoughts about Brian and his legacy.

“I met Brian when I bought the bar four-and-a-half years ago. He was running the open mic on Wednesday. At that time, the open mic was not very well-at-tended, but Brian changed all that. Week-by-week he stuck with it, and something really special happened. A music scene was created every Wednesday. It was really something special. I will remember Brian as a kind person.
He was very thoughtful and caring. He was a gifted musician and songwriter too. Brian has left a lasting impact on New Way Bar and Ferndale in so many ways. He was one of the things that makes life in Ferndale so wonderful.

You could always count on seeing him riding his bike around town. And he would stop to chat every time I would see him. He really helped me turn the New Way into what it is today. It’s completely different than what it was four years ago.”

Jamie’s devastation is shared by all of us in Ferndale who knew him. Because of people like Jamie, Ferndale has become one of the best cities in the country. We’re hoping the people who knew him will cherish his memory for the years to come, and help colorize Ferndale with a lasting effect.

A group of musicians who loved, and were inspired by Brian Miller came together to create an album of songs that celebrate his beautiful, talented, kind, goofy soul. The album contains both songs that Brian Miller wrote, and other songs that Brian loved, or that remind us of him. This album is a tribute to, and celebration of, his beautiful soul. It was released April 29th of this year. Each song has credits listed individually on the track. The hope is that the album will continue to grow larger as more of the musicians who loved Brian Miller record more songs. It can be heard here:
thebrianmillercelebration.bandcamp.com/releases 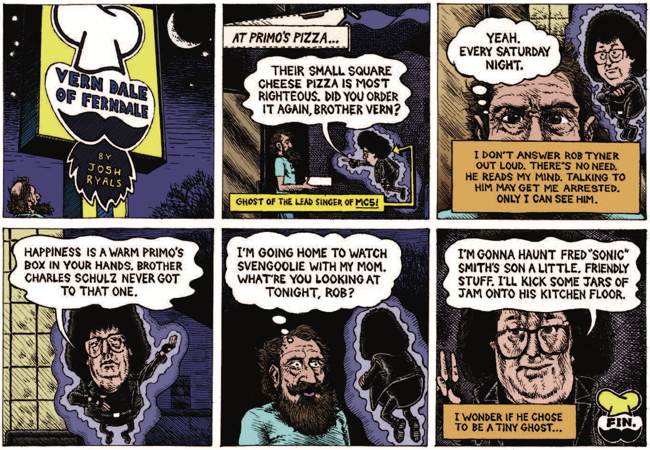 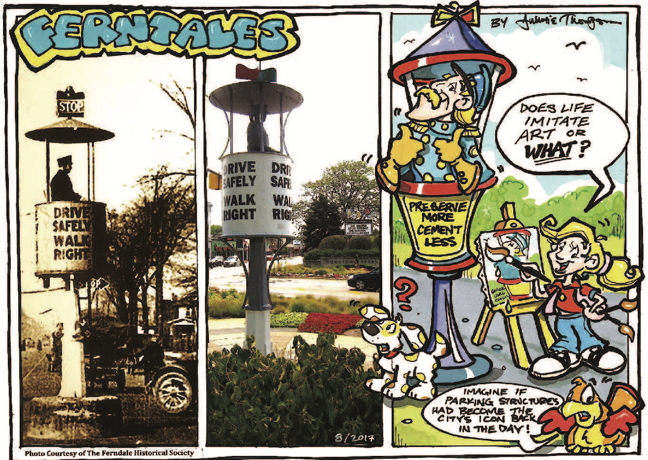