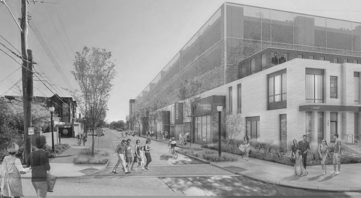 On February 27, 2017, the Ferndale City Council unanimously passed a resolution to request issuing up to $20 million dollars in bonds to finance a mixed-use parking development project at the corner of Allen and Troy Streets. These bonds will be issued without a vote unless ten per cent of the registered voters of Ferndale sign a petition now being circulated.

The mixed-use structure will include street level commercial and office space meant to be stitched into the character and fabric of the location. “Plazas and open community spaces are critical elements that allow the 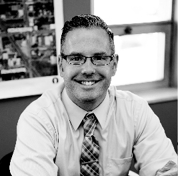 office and street level retail experience to blend seamlessly into the character of the downtown,” according to Assistant City Manager Joe Gacioch.

“Office employees and tenants are viewed as beneficial to current downtown businesses because they introduce a daytime element of foot traffic that is not currently represented in the downtown.” He continues, “The City is committed to delivering a design that embodies the character of Ferndale and harmonizes with the streetscapes and landscapes that hug the property.”

Not everyone in in favor. “Forty-six businesses and many employees, residents and customers signed a letter requesting the parking problem be handled with a simple, parking-only structure instead,” says Jaye Spiro, owner of Mejishi Martial Arts. Concerns from those at the Feb. 27 meeting include:

“If two people occupy one of those units and each own a vehicle, there will be insufficient spaces. This 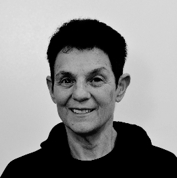 creates further demands on public parking in lots and residential neighborhoods,” Spiro contends. She is also worried about the negative impact of an extended construction timeline. “The survival of many busi-nesses is threatened during the construction phase, and most feel that the best way to mitigate the neg-ative effects would be to shorten the duration of construction by having more equipment, supplies and workers on site during building.”

Two design concepts have been offered.

Concept 1 is a mixed-use parking development that includes approximately 390 parking spaces spread over four levels of parking. The mixed-use project would include four stories with a transfer slab that would give the City the flexibility to pursue an additional two stories of office development after the initial components are built. The future development would be capped as two additional stories of office space. Street-level commercial space would be added, along with alley beautification elements, and West Troy street-scape improvements for community gatherings or temporary events. The total cost is estimated at $14.5 million to $18.5 million.

Concept 2 is a single-use parking platform that would include approximately 300 parking spaces spread over three levels of parking and exclude the other mixed-use features. As the project is similar to an existing facility in downtown Rochester, Joe states, “Our office has reached out to the Rochester Economic Development Director to obtain more extensive details about their downtown parking project.”
Gacioch claims, “We are exploring several different ways the City can support businesses during the construction period.” Some examples that could provide parking relief include offering downtown valet services and a free shuttle service for employees to park at a nearby location. “We understand that convenience, frequency, and consistency are all important drivers for a successful implementation of either of these tools,” Gacioch says. “We also seek to learn more about business delivery schedules and customer needs that we can incorporate into any traffic-planning or other alternative parking programs.”

Matt Helms, of the Fabulous Ferndale Forum, addressed the same concerns. “We appreciate that many 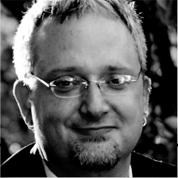 downtown business owners are deeply concerned…But we believe a very strong majority of Ferndale residents are in favor of this parking deck as it’s designed. It’s taken way too long to get to this point. Many of us view the first-floor commercial space –which could be used for retail or offices – as a way to avoid building an ugly, single-purpose deck that takes away from the vibrant downtown street life this community has worked so hard to nurture over the years. We also understand that the income from the ground-floor commercial space would be far greater than the city could earn were that space only used for parking, making the retail and office component critical to the long-term financial viability of the deck…”

But if they are certain “a very strong majority of Ferndale residents are in favor” – why not put it to a vote? Councilperson Melanie Piana flatly stated on Facebook, “Please do not sign this petition. The reasons for the petition have inaccuracies and will waste time getting the project done.” Supporters of the project have complained that petitioners are giving “false information.” However, it is common practice in Michigan to use paid, low-wage signature-gatherers for such petition drives. These hired workers are obviously not a good source for expert information.

The City plans on holding a meeting for public comment on the design concepts in late April or early May. A minimum of two additional public meetings will be held as part of the plan review process. As it stands today, the Planning Commission could review and provide feedback on a design concept during their meeting on May 17th and June 21st. “We plan on providing the public no less than three opportunities to engage in the design project over the next several months,” Gacioch explains. “If the Planning Commission were to approve a final design in June or July, my office would present their final recommendation for design and use to City Council for approval. Once approved, the City would move forward with a request for proposal process for a general contractor/ construction services. After a vendor is awarded the contract, the City could move forward with preparing the site for excavation.”

You can be sure that Spiro and other spirited opponents of the project will be at those public meetings. Spiro wants everyone to remember that “The guarantors of the $20 million dollar bonds are the taxpayers of Ferndale. With the possibility that there will not be enough revenue to pay the million plus a year bond notes, the city can levy property taxes as stated in Exhibit A of the Bond Request. Our taxes assure this large Bond Request. We deserve a voice in this decision. Citizens have until early April to put this issue on the ballot.”

Residents are currently canvassing the neighborhood and downtown businesses for signatures. Additionally, local residents (electors) can sign the petition to vote on the bonds at Reid’s Salon, Flip Salon, Mejishi Martial Arts, Library Bookstore, Modern Natural Baby, Crane Optical, Get Your Game On, Painting with a Twist, Professional Guitars, MiChigo and many other businesses downtown.